An Older Fun Guy, Diane, Holly, Hazel, and a Few of Their Friends 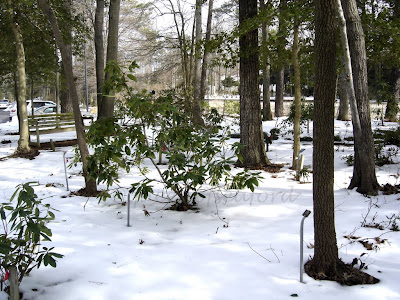 Yesterday was Learning Garden day. I took advantage of what snow is left on the ground to see what photo opportunities were waiting for me.
This is the Rhododendron area with a blanket of snow...very calming.

A couple weeks ago we had a major planting session. The county had done some building and as it abuts the Learning Garden and some Wetlands, a Buffer zone planting was needed. We were able to choose the plant material which was very nice. The Master Gardeners, along with the extension agent, planted a large tree, three Chionanthus virginicus, a couple Cercis canadensis, Osmanthus fragrans, a couple Amelanchier, and various shrubs. One of the shrubs is Hamamelis x intermedia 'Diane'. Isn't she a beauty? We were thrilled to see her full of buds ready to pop open. 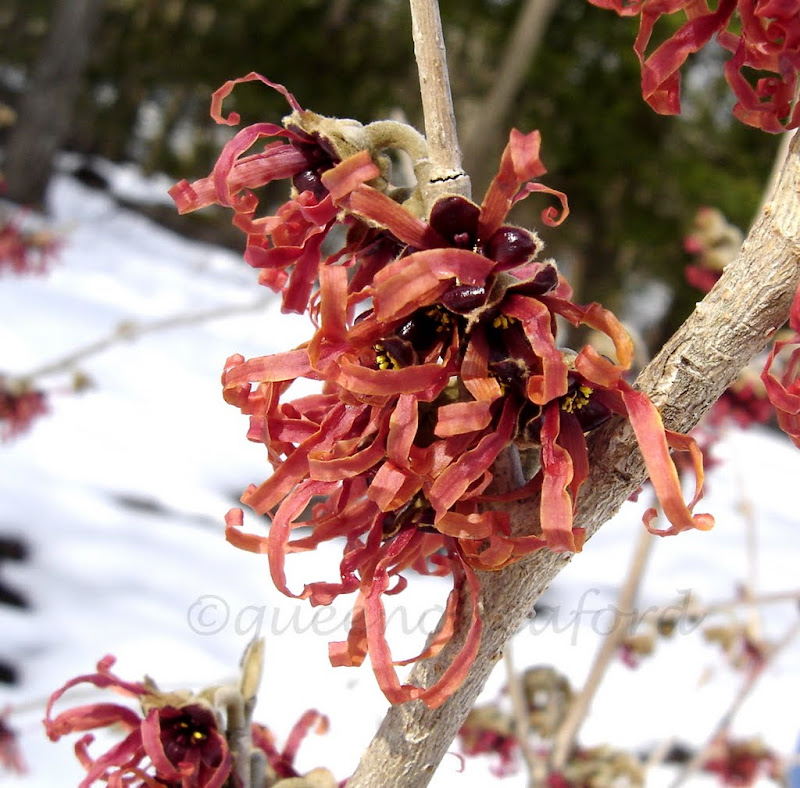 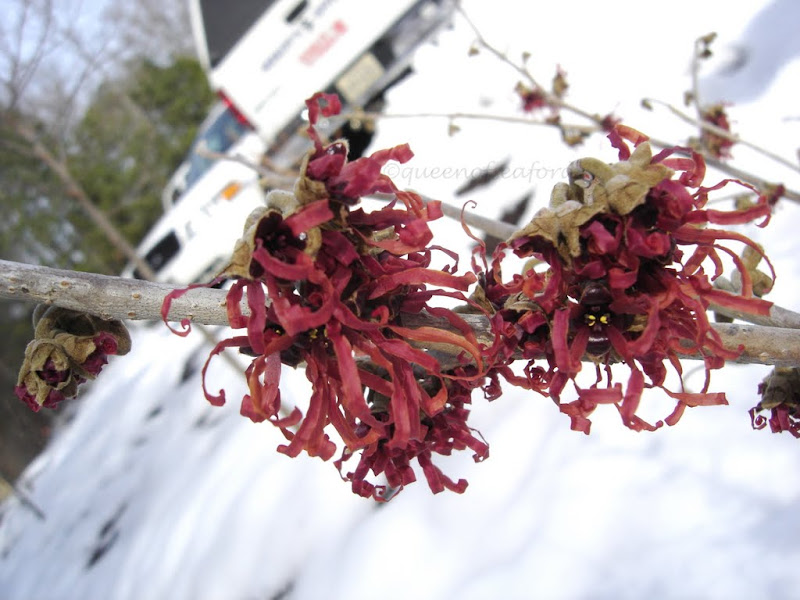 After taking tons of photos of Diane I ventured into the wooded area to see a couple of Hollies. 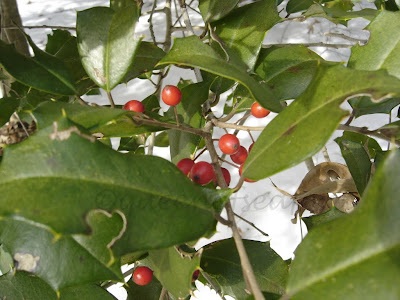 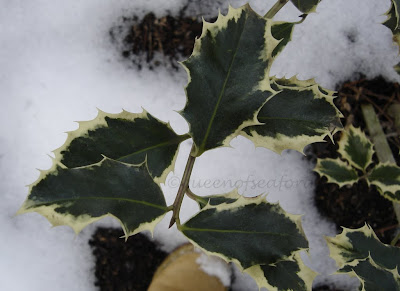 On my way from one holly to another I passed by Hazel --her fragrance on the breeze...heavenly. Some of the Camellias are blooming but unfortunately their blooms have suffered from the cold. Camellia japonica 'Mathotiana Rubra' 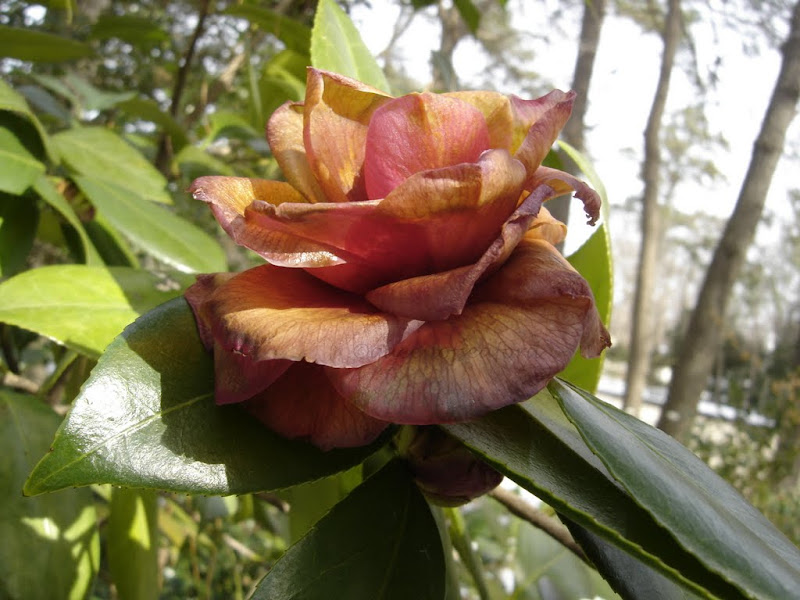 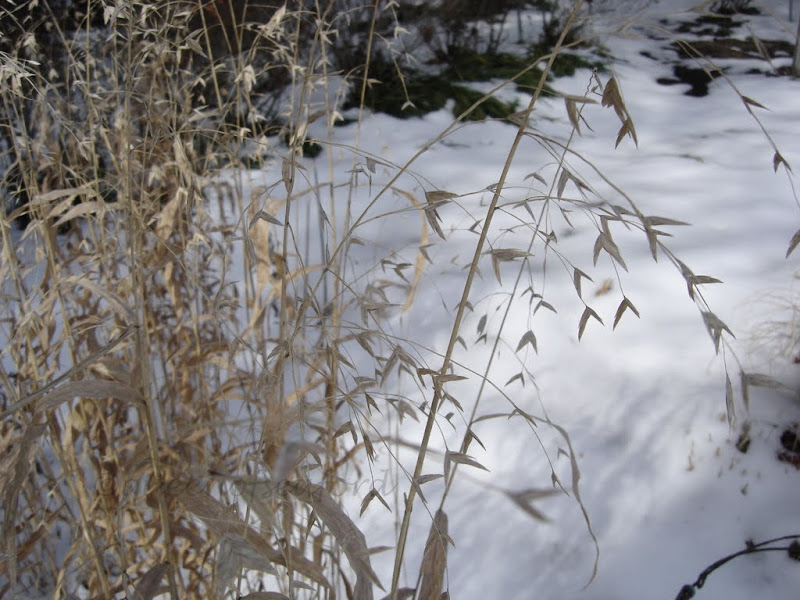 A tour of the garden isn't complete without checking in on our fungi, Mr. Bearded Hedgehog. He is getting a little darker in color as he ages. 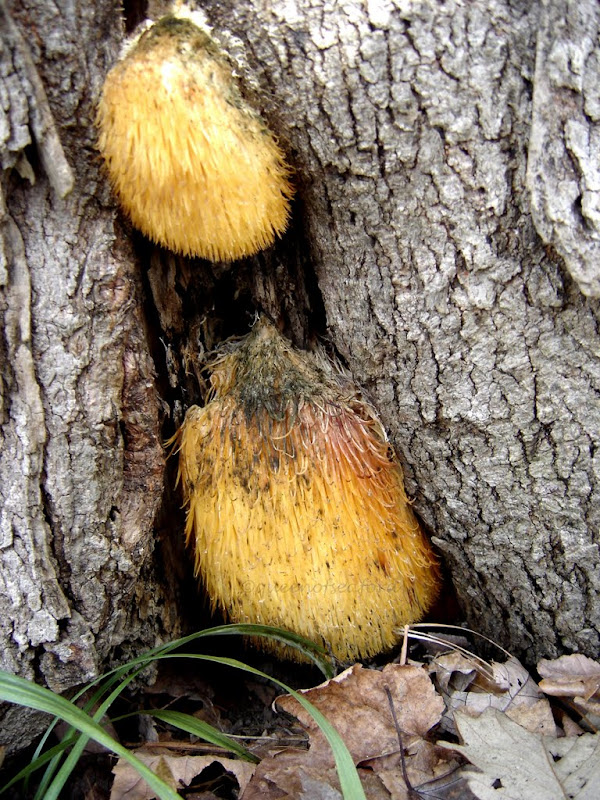 To see his younger portrait see my posting here.