While I have a few posts in the 'hopper' I wanted to talk about yesterday. Yesterday was the perfect fall day to work in the garden. The sun was shining the air was cool, just lovely. My garden was suffering from total neglect since July, it looked like crap. Why you might ask. It gets stinkin' hot in South Carolina and the bugs are in full force, making being in the garden less than pleasurable. The last few weeks I have been becoming reaquainted with my garden. The shoreline was a mass of weeds, so I decided to work a couple hours each day, dragging out four or five large garbage bags of weeds and crabgrass out the the shoreline garden. I am almost finished. Maybe Monday? Who knows.

Yesterday was a planting day. I had visited a local garden center and found a sweet little Itea virginica 'Little Henry' and was looking for a spot to plant it. There were multiple stems coming up around the circumference of the container. I know I can get a couple plants in this case. I had the main plant and three 'babies' to place in other spots.  Don't you just love the bright red fall color? 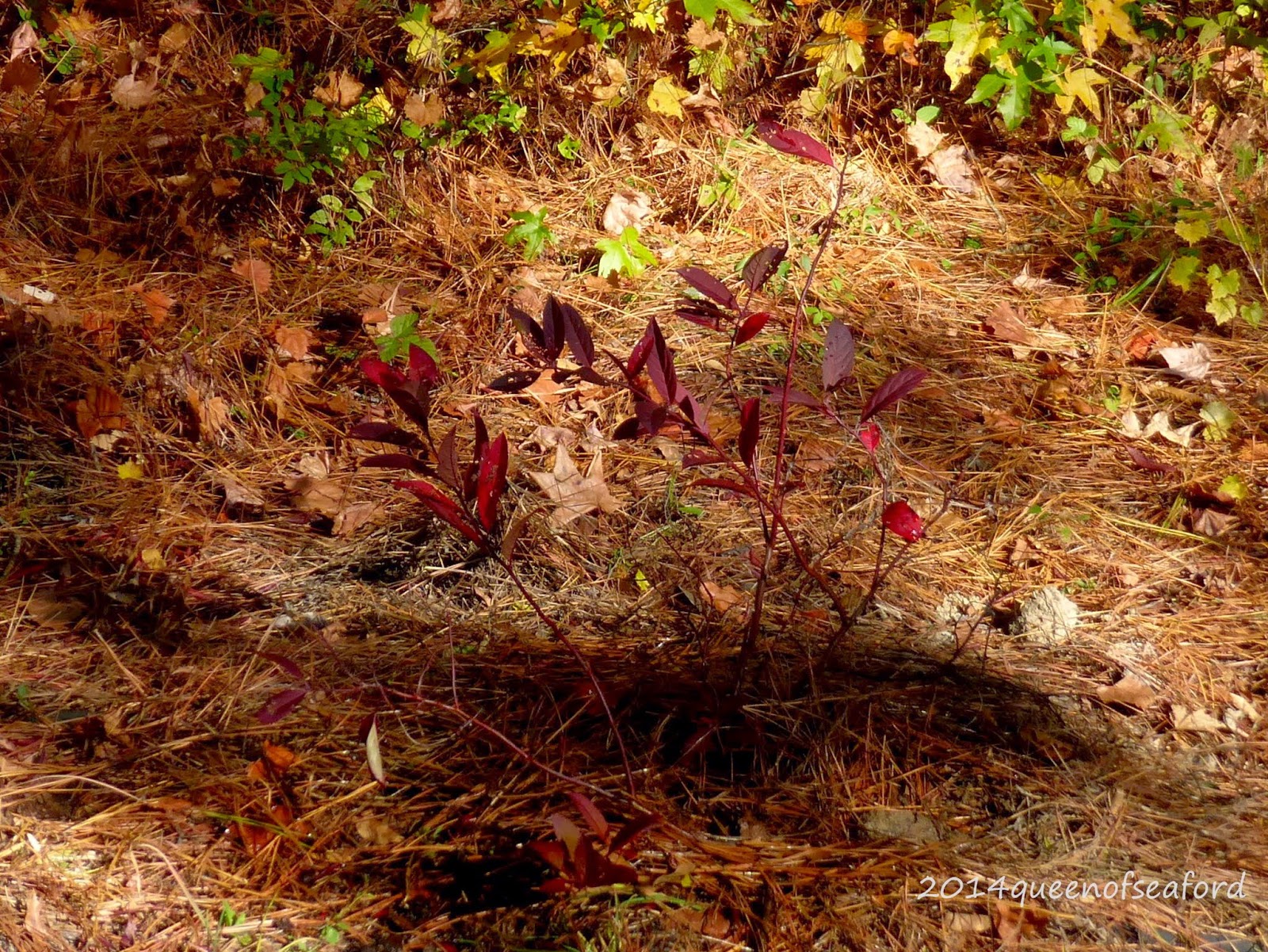 While figuring out where to plant some of the babies, I took a critical look at my native azalea, Admiral Semmes. Planted a few years ago it has failed to thrive. The first year it was gorgeous, it had big yellow blooms in the spring. I had visions of years down the road, this beauty would fill the space where it was planted. Well that didn't happen. Each year since it has declined, it has been maybe two years? Well, yesterday I dug it up, telling myself it needed to be in a better area and I could put a little baby Itea in its spot.  The azalea was about the size of the main plant of the Itea in the above photo....pretty small for a shrub that has been in the ground for a couple of years. 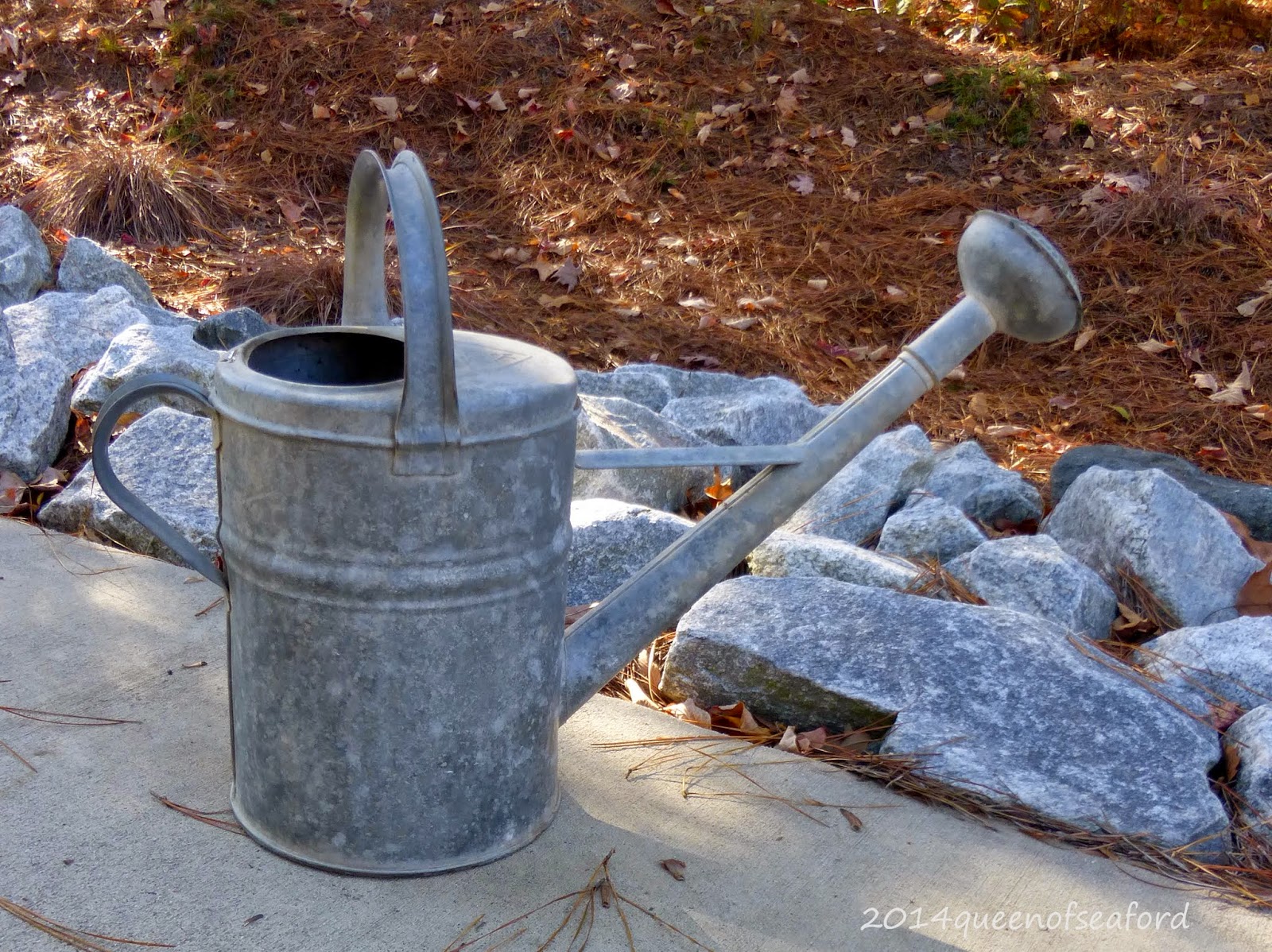 The root ball was equally small. The mass of roots was less than a softball in size and inside the small roots was a tangle of fairly large roots, circling the stem/trunk area. It had clearly been rooted in a small container, left too long and the roots were growing in a small circle.  It was time for some root pruning. I first dunked the root mass into my watering can as I didn't have other water close by. See the hole at the top of the can? The roots fit in quite easily.

Repeated dunkings and washing away soil and old potting mix and still the roots would not release. Have you pruned roots before? If you find a plant that has circling roots, you need to either uncurl those roots and pin them apart in the ground OR cut those roots apart. I tried to manually separate the roots over and over again. I was unsuccessful. I felt bad cutting so many roots...but kept telling myself that left alone the shrub was not going to do well. I cut straight down on two sides and repeated the dunking and pulling process. Once done I put the azalea into a new hole and spread out the remaining roots, covered with soil, and watered.

I have done this before, another azalea that I bought earlier this year had severely girdling roots and needed some tough love. (see below) The one thing you must remember is to water frequently as the roots need soft moist soil to grow into. The azalea from earlier this year looks pretty good. The leaves held on and the stems are strong, no drooping.  I look forward to this having a great presence in the garden. 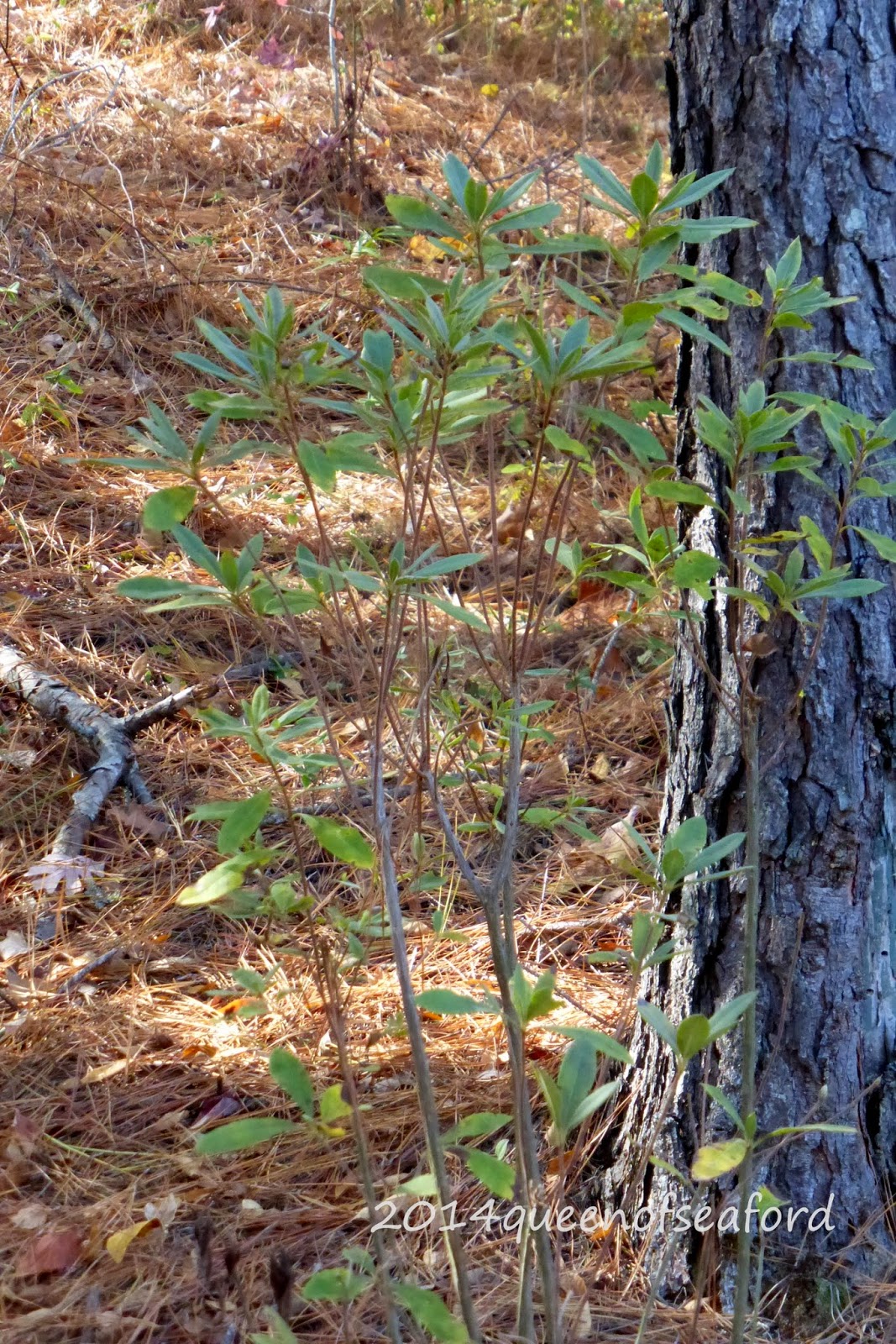 As for Admiral Semmes- see the photo below....sad. I will let you know how he does this spring -- there might not be blooms but if I get a lot of spring growth I will be happy. Root pruning, taking out girdling roots, is beneficial for the growth of shrubs and trees. Imagine if those closely circling roots never were cut, just growing larger and larger, squeezing tighter and tighter, not allowing water and nutrients to travel to the body of the plant. 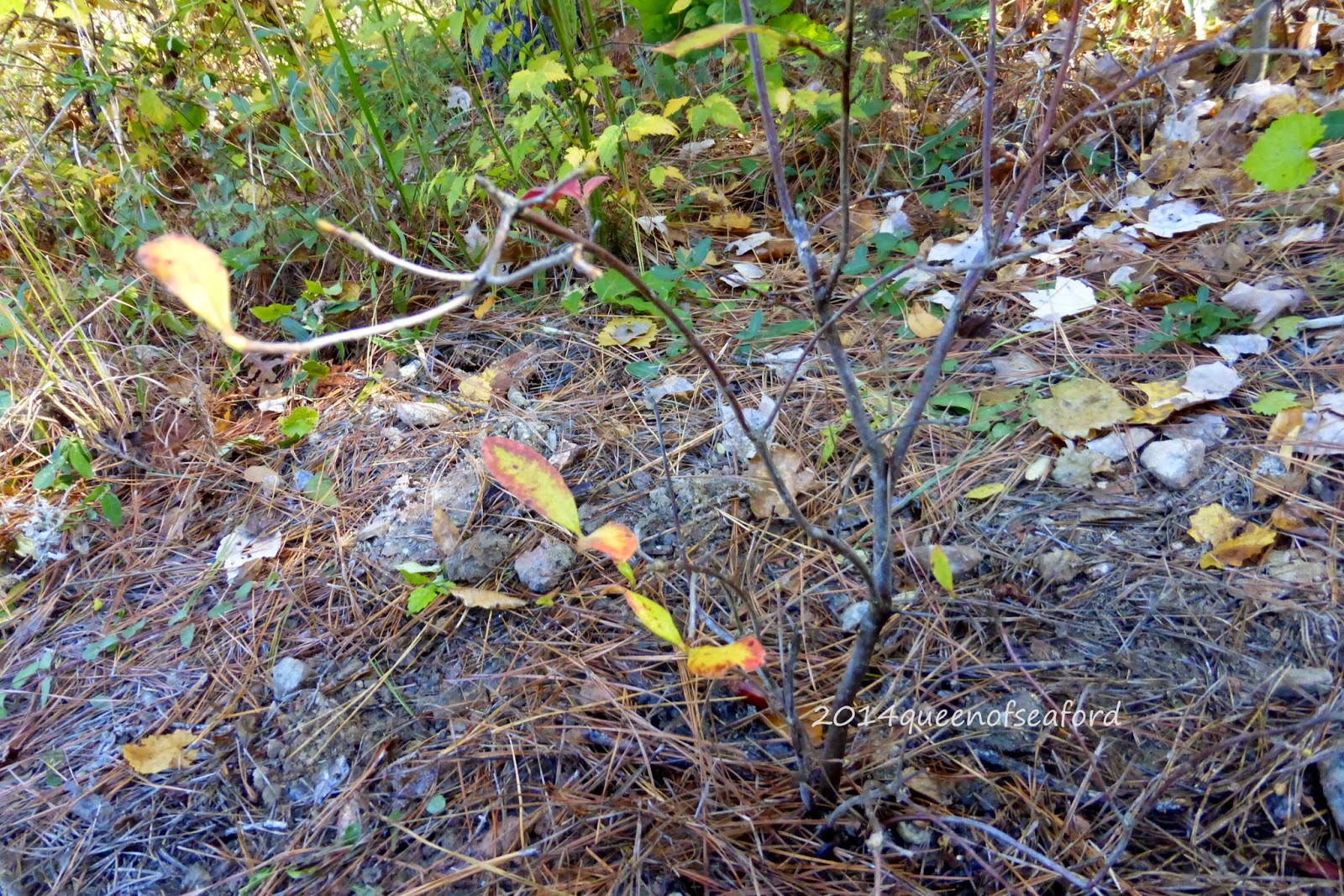 I am trying to make it a practice, when planting new woody shrubs and trees, to check the root structure-- all the way to the center of the root ball. A little prevention early in the life of the plant will allow strong growth.
Have you pruned roots?

©Copyright 2014 Janet. All rights reserved. Content created by Janet for The Queen of Seaford.

words and photos by Janet,The Queen of Seaford.