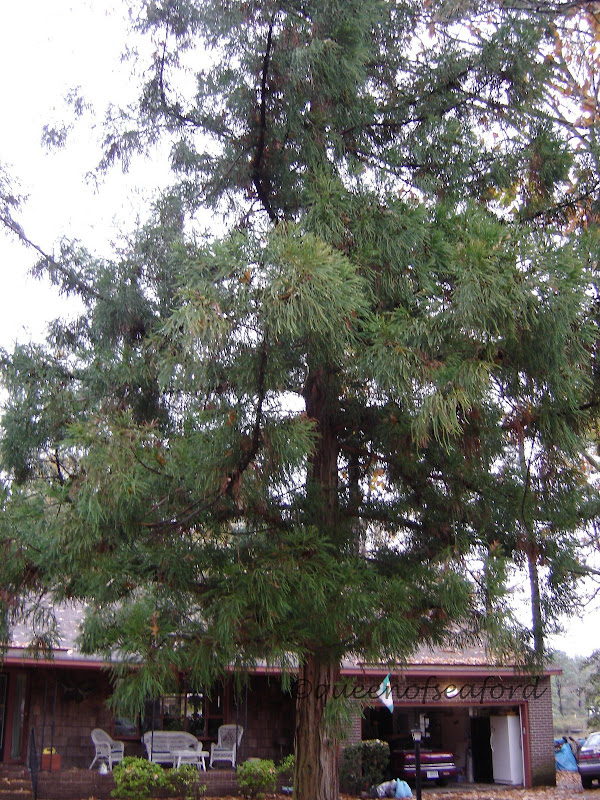 One of my neighbors has this huge tree in their front yard that is just beautiful. Before I knew much about trees I think someone told me it was a Bald Cypress. Not knowing any better, I went on thinking they were correct. I then learned about Bald Cypress and will post information on it later in the winter. So what is this tree two doors down? I knew what it wasn't! 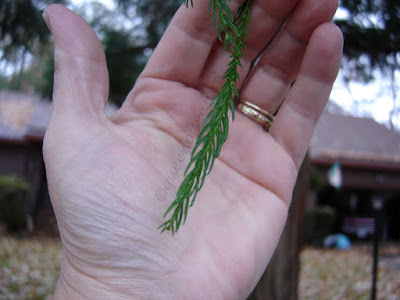 I finally got around to walking over there with camera in hand and went about observing this tree. Some of my photos are not very clear as this is a tall tree and fruits were up high. It was confirmed, this lovely was a Cryptomeria.

This is not a native tree but very adaptable to a wide range of growing conditions. Hardiness zones range from 6- 9. It was interesting to read that in the colder climates this evergreen's foliage can turn brownish purple in the winter. The leaves are small, ¼ - ½ inch long and pointed. It is moderately tolerant of drought conditions and can grow in sun to part shade. 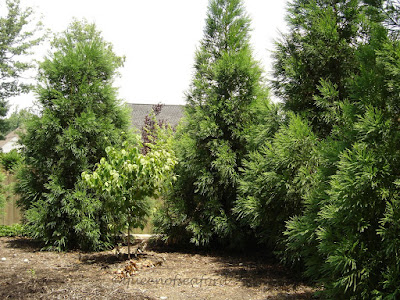 It can grow 25 feet tall in 10 years. The average height of a Cryptomeria japonica is 50- 60 feet tall though in its native Japan and China specimens have been known to grown up to 150 feet tall. Its spread is about 20- 30 feet.
It is monoecious, the female fruit it rounded and on the ends of the branches. Like I said, this is a little blurry. 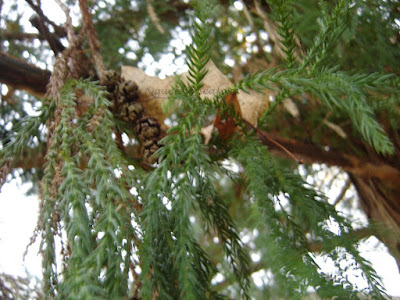 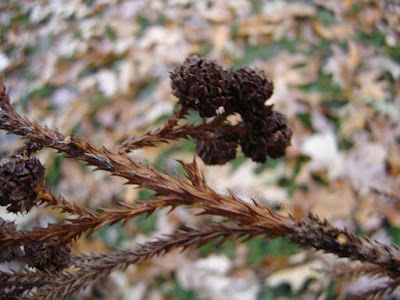 The bark is a very distinctive feature. It is a reddish brown and it shreds in long strips, similar fashion as the Bald Cypress (this could be why it was IDed incorrectly) The bark is really nice in appearance. 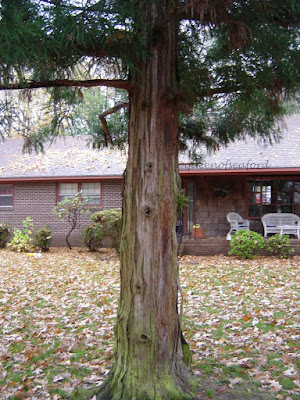 Interesting facts about the Cryptomeria include that it is one of the few evergreens that will coppice. (Coppice is cutting at near ground level to rejuvenate new growth. It can be done for its bark, as in a cinnamon tree, or to control height)


The Cryptomeria is said to be the only species in its genus, though other writings had stated there may be a second, though it was not identified. It is a member of the ancient family Taxodiaceae that have been around since the dinosaur age. Others in its family include the Bald Cypress, Dawn Redwood, California Redwood, and the giant Sequoias. There are cultivars that can be purchased that are dwarf or compact. 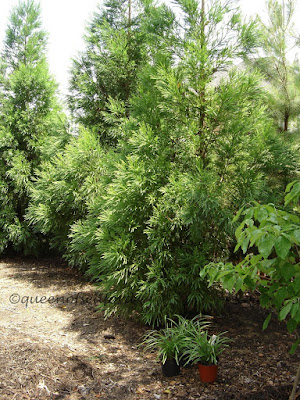