Standoff with a Fish

It is a dreary foggy day, nothing much going on….so I thought. I got the “Osprey alert” phone call from Kim. Up in one of the pine trees in the backyard was an osprey. He had a fish and was settling down to eat it. Kim couldn’t get a good shot of him from her yard, but she wanted us to know it was there. I got out my camera and took some pictures. He was busy eating. 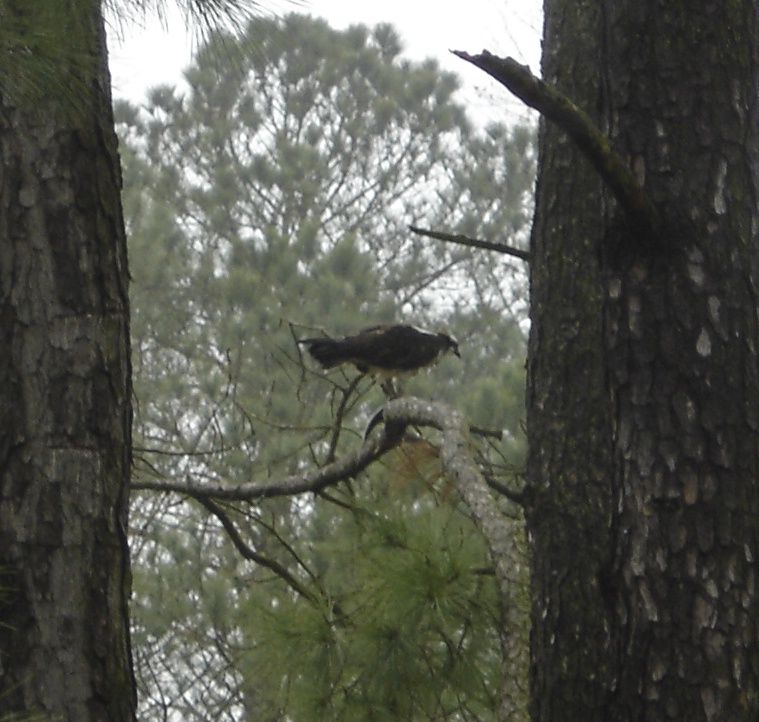 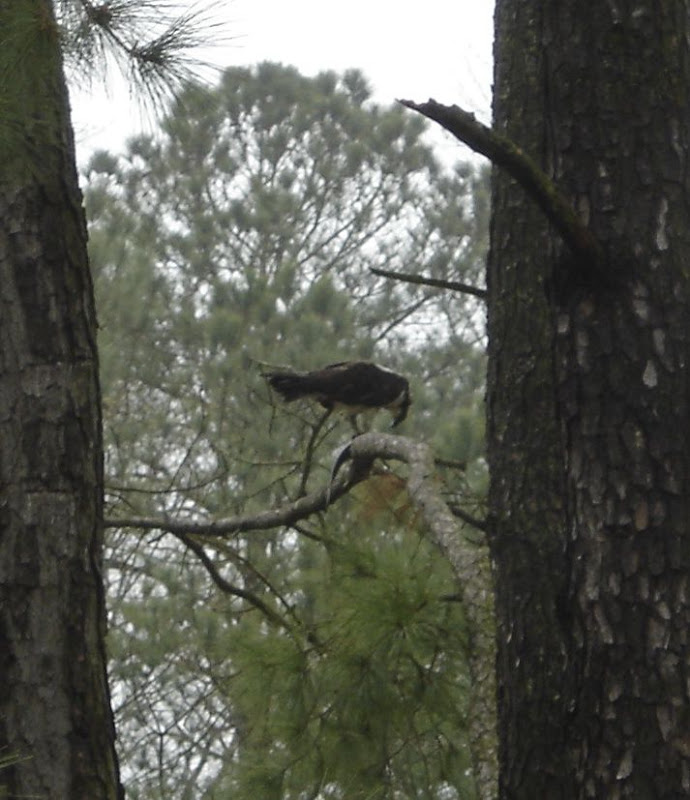 After cropping the photos and emailing them to the kids and Kim, I got out the binoculars. It was interesting to watch him up in the tree as he ate. He started fluffing up his feathers and I wondered why… thinking maybe he was digesting what he had just eaten. I moved the binoculars aside and there was the reason for the defensive position! A Great Blue Heron had landed on the next branch. They were having a standoff. This lasted for a little while…long enough for more photos. Think Kim may have some of this as she was out in her yard at this point. 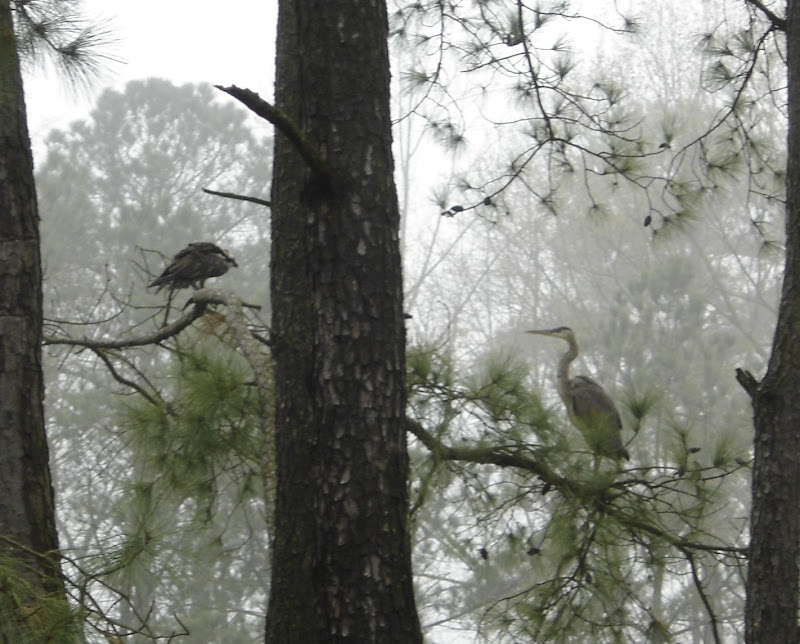 Finally the Heron flew off and the Osprey got back to his meal. All of a sudden, out of the blue, there was a Bald Eagle. I couldn’t believe it!! He chased off the Osprey and then settled in a pine tree next door!! Again I tried to get a good shot, but to no avail. Here is what I did get. He ended up getting chased off by a Mockingbird. As I turned to come back in the house three Canada Geese flew overhead. (Sorry no pictures of that) 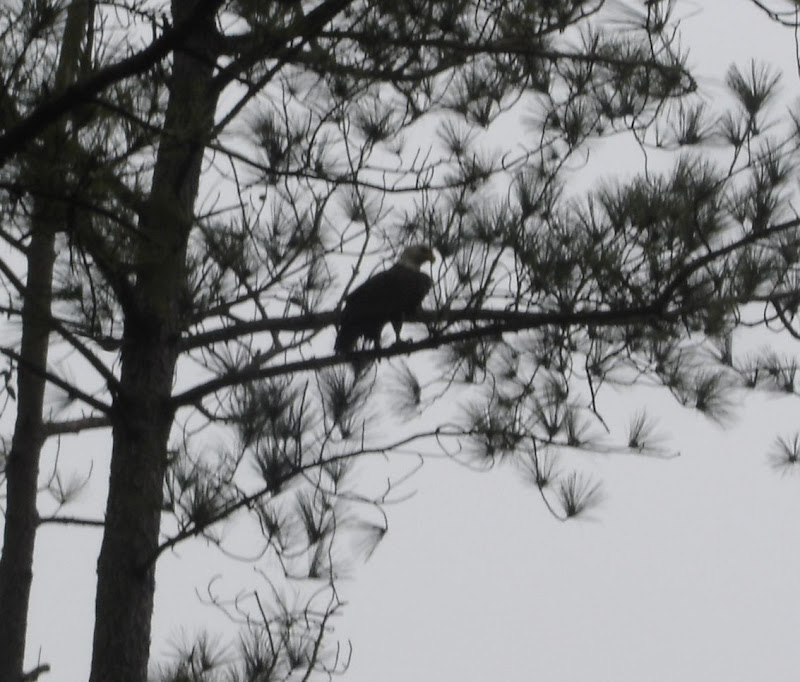 So a busy day in the world of nature in my backyard!!!

UPDATE!! Here are some photos from Kim--- 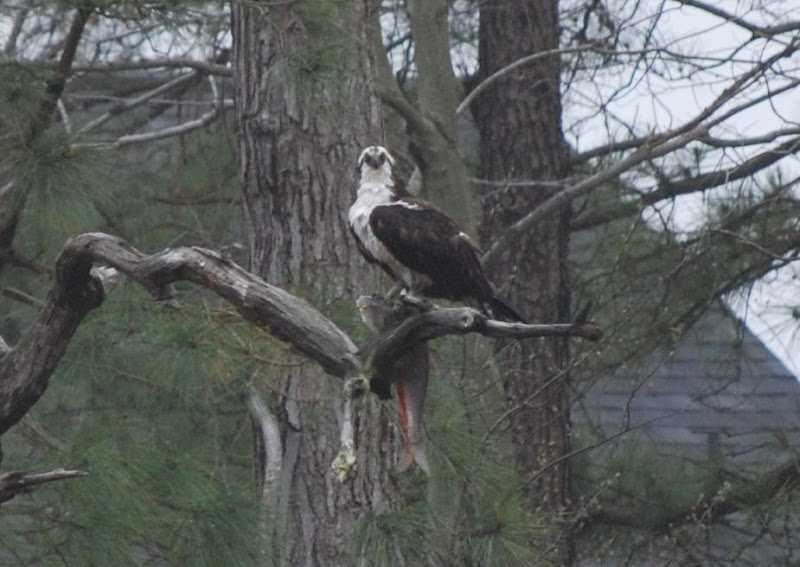 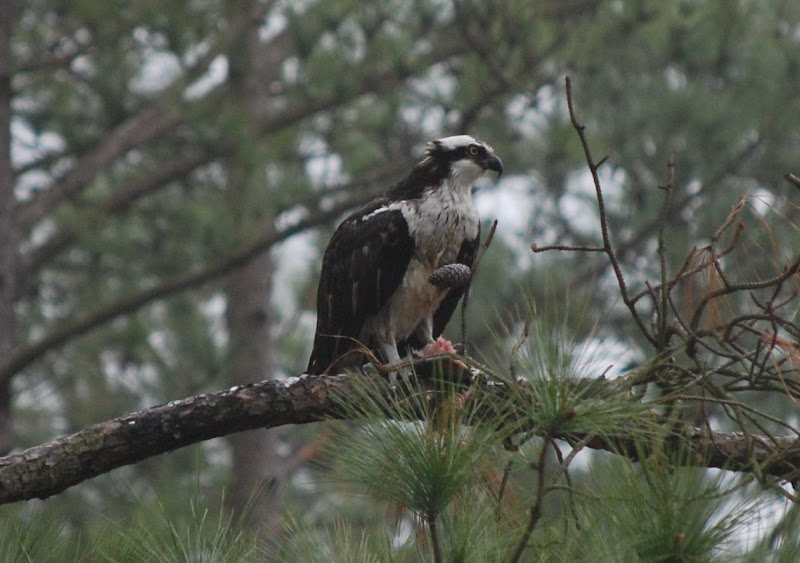 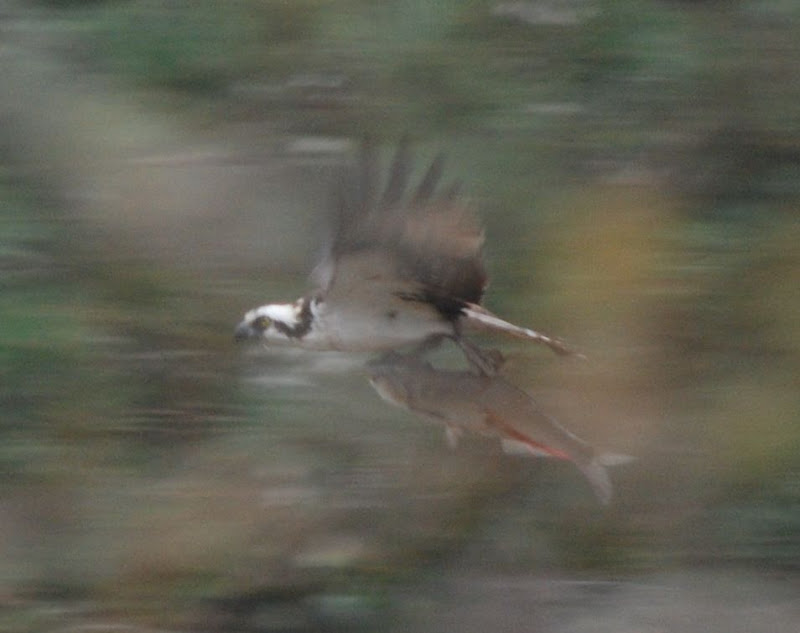