Do You See What I See?

Do you see what I see? Look closely. I saw one this morning. He was pretty busy diving in and out and around the marsh grasses. Now that I have you looking closely…how many do you see? (four) 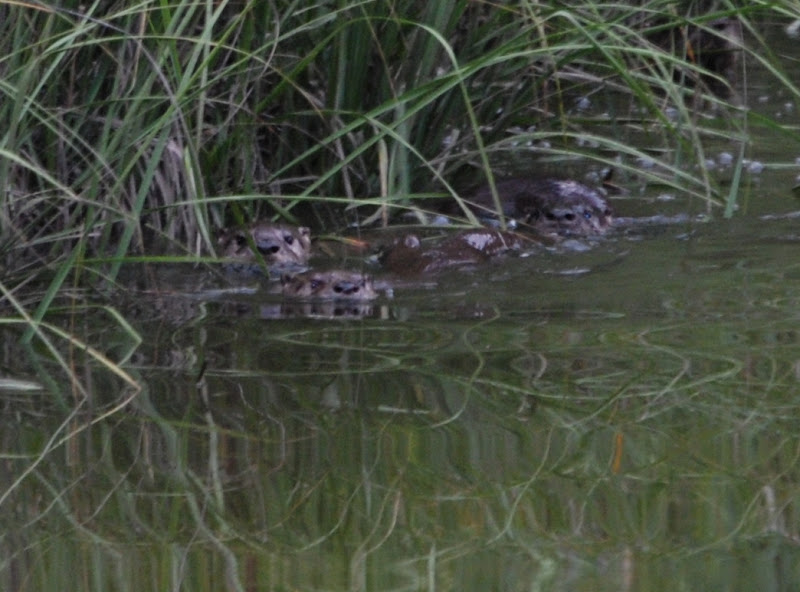 We have river otters that swim in our creek. I think we had lived here for more than ten years before we saw one. It was pretty spectacular with the first sighting as there were four of them. First we heard some chirping…loud chirps. It certainly didn’t sound like any birds that we have had out here. There was a lot of commotion in the water. Something was churning it up and moving quite quickly. It turned out to be three pups, swimming around and crying for their mother. She finally swam up to them and the four swam around for a long time. 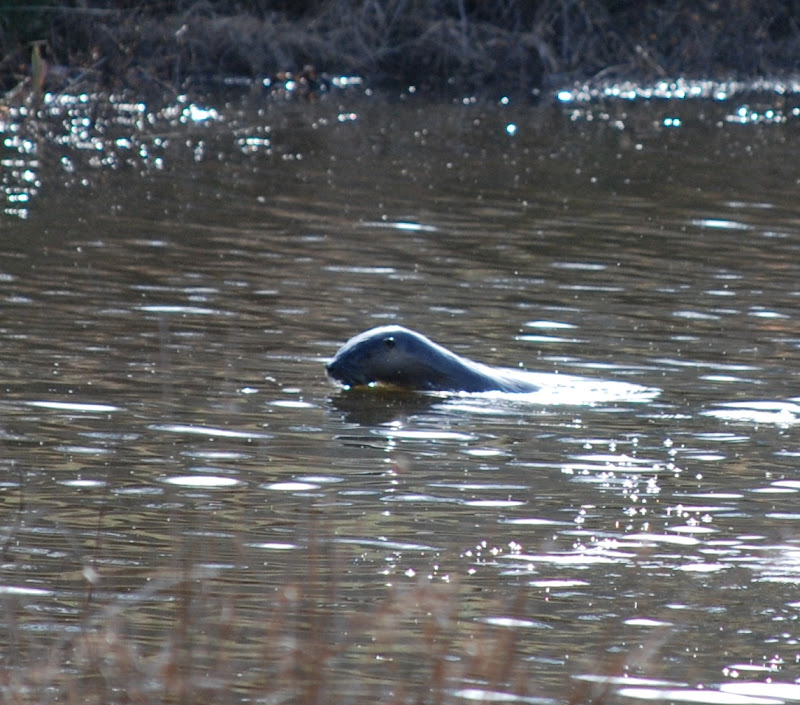 We see the otters very occasionally and the alert goes through the neighbors…Otter alert!! As I said at the start, I saw one this morning. He was in the branch of the creek that runs by my bird feeders and bulkhead. As he was swimming close to the bulkhead I wasn’t sure if it was an otter or a cormorant. Finally he surfaced. I was hoping for more than one, but this guy was out solo today. I called my neighbor Kim, the one with the great camera, so see if she could get a shot. Unfortunately he was quick to retreat …so these great shots are from other times that Kim was able to catch one or more of them. 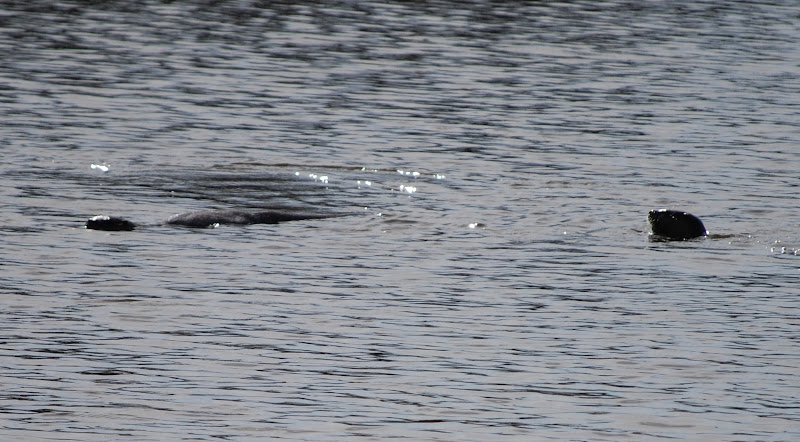 Email ThisBlogThis!Share to TwitterShare to FacebookShare to Pinterest
Labels: otters