The snow started late Christmas night.  Given the news reports, we were in for a big snow storm.  Our news stations are north of Greenwood, one of them is from Asheville, NC.  The geographical difference between there and here drive time is between one and two hours, but worlds different when a storm rolls in.  Thankfully we just got a dusting. 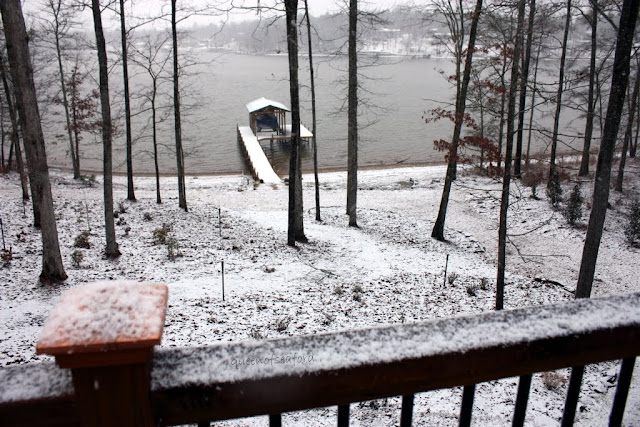 This was the view of the lake first thing this morning.  It was snowing from when I got up at seven until about eleven.  The direction that the snow blew in was so clear...from the north! 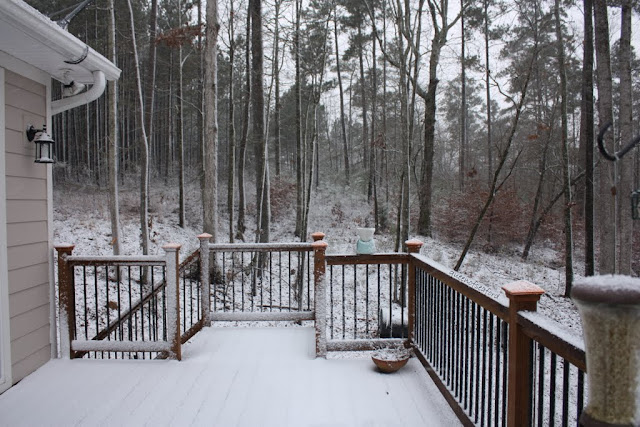 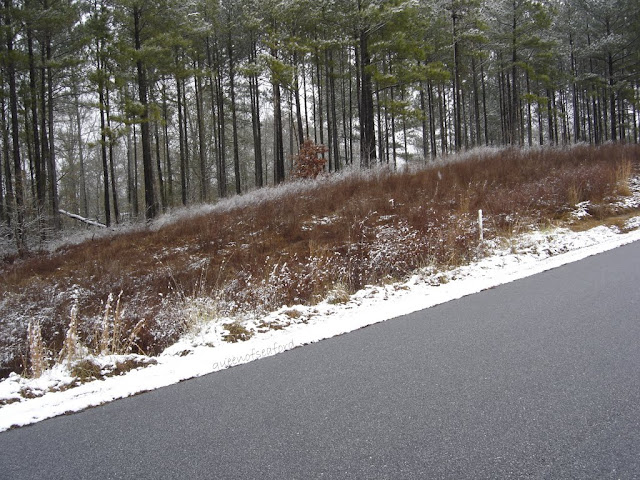 These were taken on the side of the street that the pines protected the southern side.  In the photo below you can see my house through the trees. 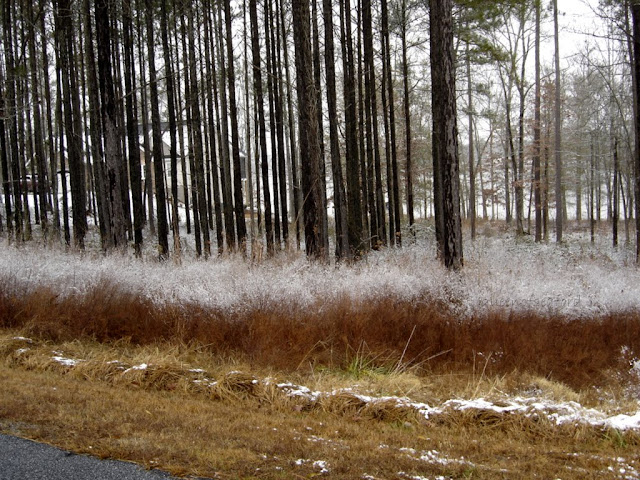 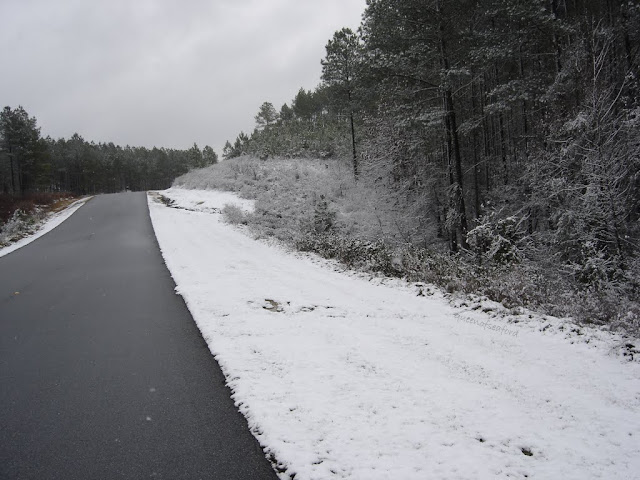 These two were taken just across the street from ones above. 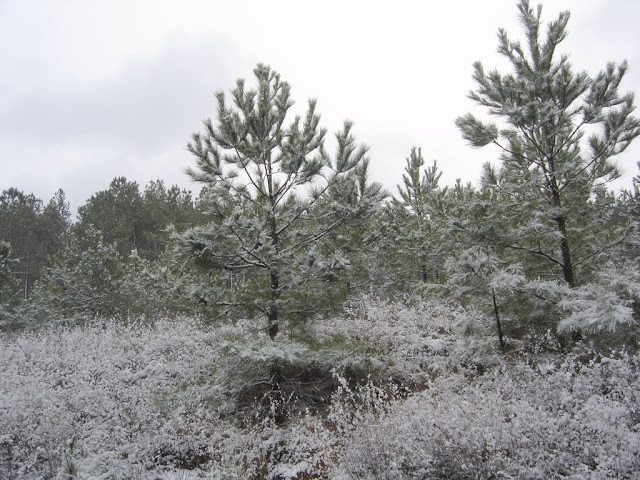 Full of snow cover!  The day is warming to above freezing, so the snow is getting thinner.....good photo opts were earlier today, now not so much.

Think this Asparagus Fern will come back? 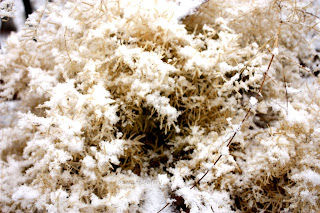 Coralbark Maple is super against the white background. 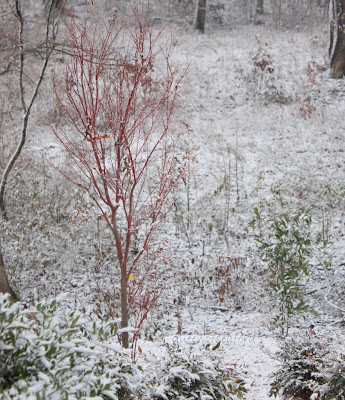 So, while typing this short offering of winter, we had an event!!  A BALD EAGLE EVENT!  Sadly these are the photos from said event--- 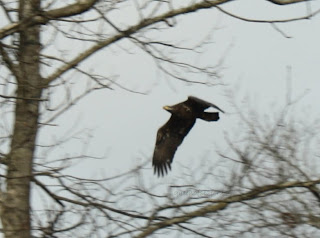 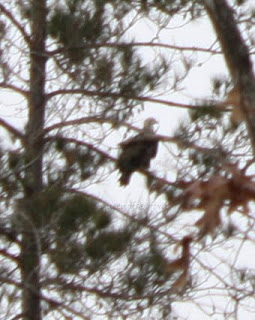 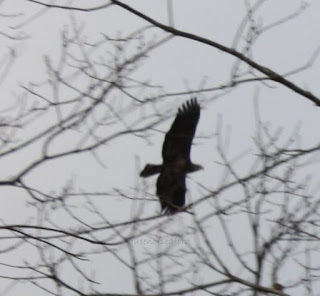 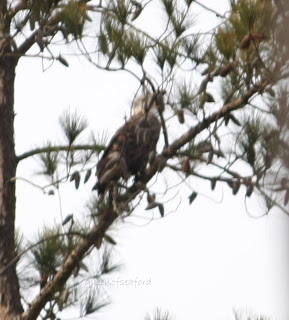 There were two Bald Eagles flying around, in and out of the woods.  Tough to get a good picture of them.  First true sighting of Bald Eagles since we moved in.

I did change lens for the last couple photos.  While editing those, the Redheaded Woodpecker flew into the yard. 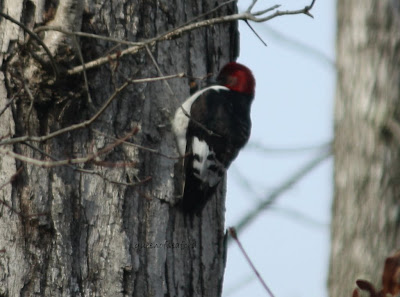 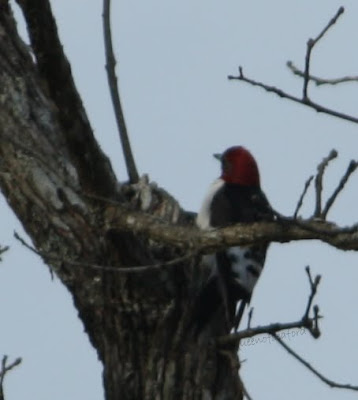 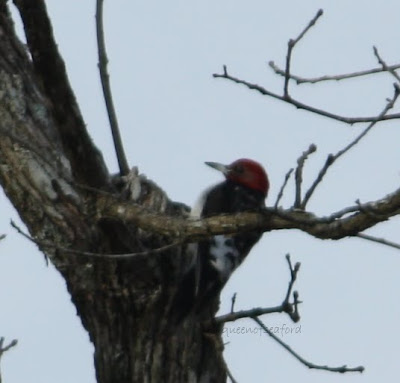 He flew from tree to tree, taunting me to get a good shot.

Then this sweet little Junco flew to the deck railing, sitting still long enough to get a nice photo. 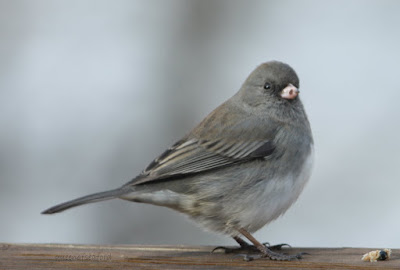 So, everyone, enjoy your snow---I will keep my eyes peeled for more bird sightings.