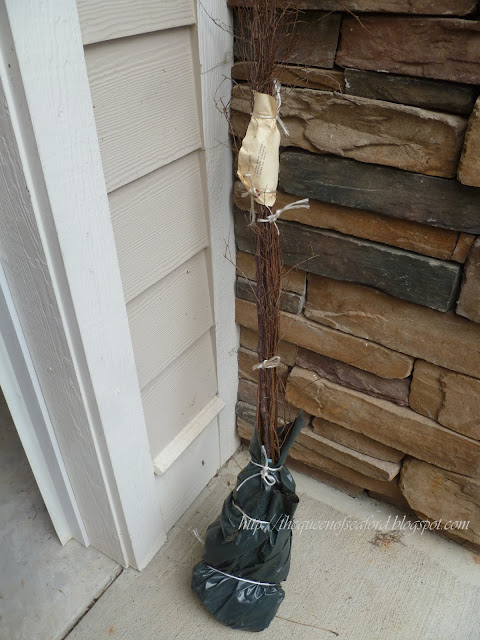 This time of year there are some gardening days and some days to stay in and enjoy a warm fire.   Since we moved here in the summer of 2010 I have been buying plants from the Abbeville Extension Office. Here is  2012 The order is due in November and usually is delivered in mid-December.  This year the weather has been so warm that the plants didn't go dormant on the usual schedule.  The delivery date was pushed back to mid-January.    This year I ordered two crabapples, one Malus 'Red Silver' and one M. 'Golden Hornet'.  Both are semi-weeping.  The Red Silver has bronzy purple leaves and wine red flowers and purple red fruit while the Golden Hornet has white flowers with yellow fruit and green leaves.
Apparently I also ordered two Spirea x vanhouttei.  I forgot I had added those to the order form...think I did it on our way over to turn in the order form.   I couldn't remember where I had planned on planting the spirea.  Oh well, we gardeners love a challenge don't we?


The flowering crabapples were to be planted up by the street along the front of the woods.   In early November I was emptying out one of my worm bins and used some of the castings in the predetermined spots for my future crabs.   To remind myself where I had worked the soil and added the worm castings, I got a big stick and stuck it in the ground when the amending was done.   Yes, in the photo below is my stick.  The neighbors wondered if I was "planting" sticks....oh that crazy Janet. 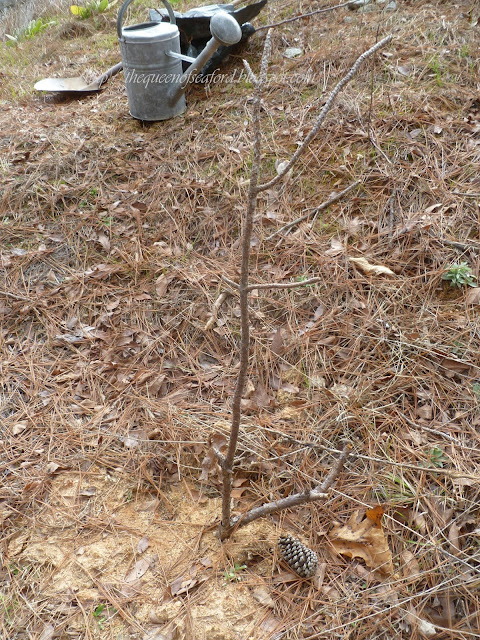 The holes were pretty easy to dig in January after my earlier preparation.   The spirea found a spot along the driveway and in front of the woods.  Not bad for a quick planting day!!  My newly planted tree is just above the 'h' in my web link on the picture.   With hope and a little water (and no deer) I will be sharing some nice flower photos in the spring. 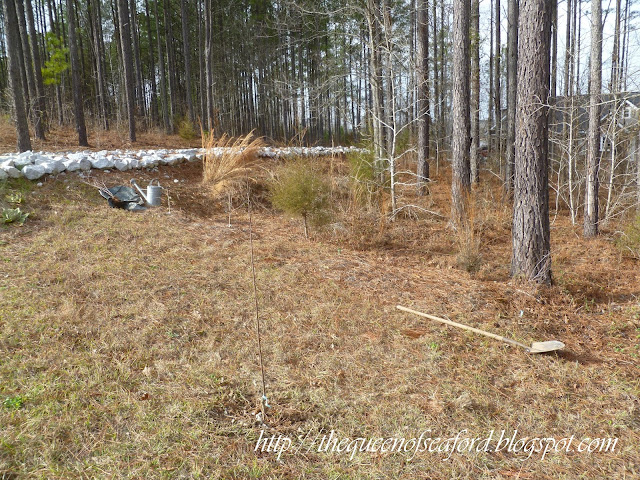 And a little fun-- when finally taking down my Christmas wreath  I found there were about five anole hiding in the browning greenery.  They were just about as startled as I was! 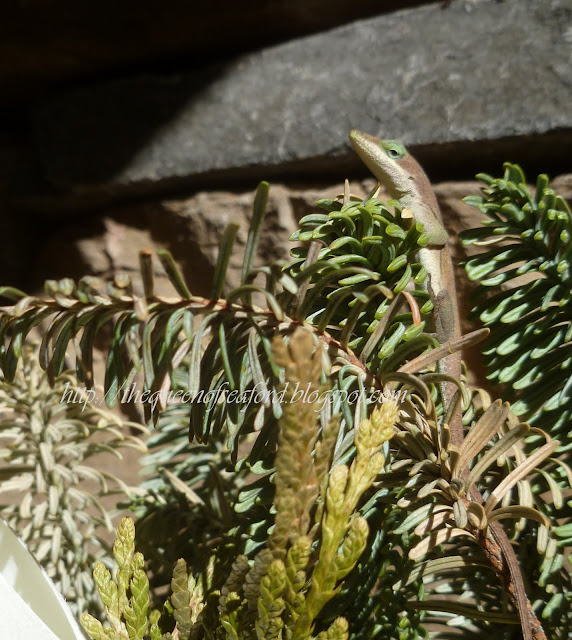 Some were really tiny and their colors ranged from brown to green. 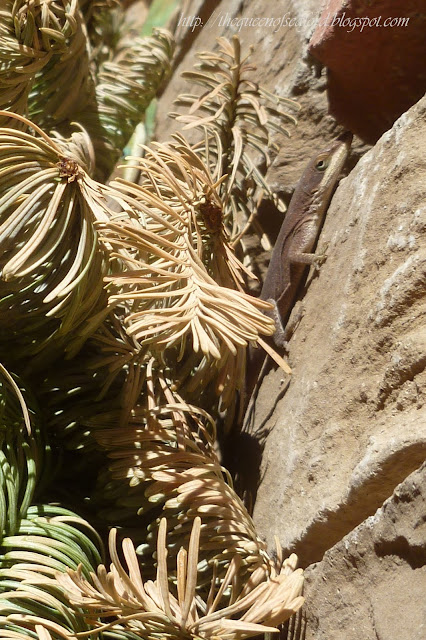 When I shooed away all the anoles, I was able to take down the wreath and remove the dead branches, save the decoration and put it away for another year. 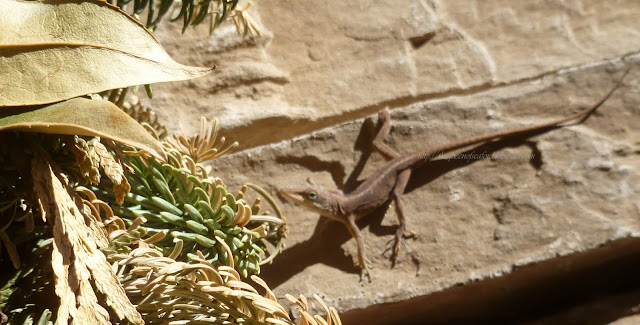 These little guys live in and around the stones on the front of our house.  You can tell it is a warm day if the anoles emerge.

These are the yellow paperwhites, Narcissus 'Grand Soleil d'Or'.  I planted 50 of them in the septic field across the street from the house.  The plan was to disperse them mid-way through the half acre.  Bad idea.  These are sweet little blooms, blooming in December/ January.  Since this is the septic field we bushhog the field in the late fall, after the first frost.  Well, the first frost is also when these little blooms are about 12 to 18 inches tall.  That is not a good time to cut the field.  Luckily they were not damaged from the cutting...but I didn't want to worry each year, so I dug them up and moved them last week. 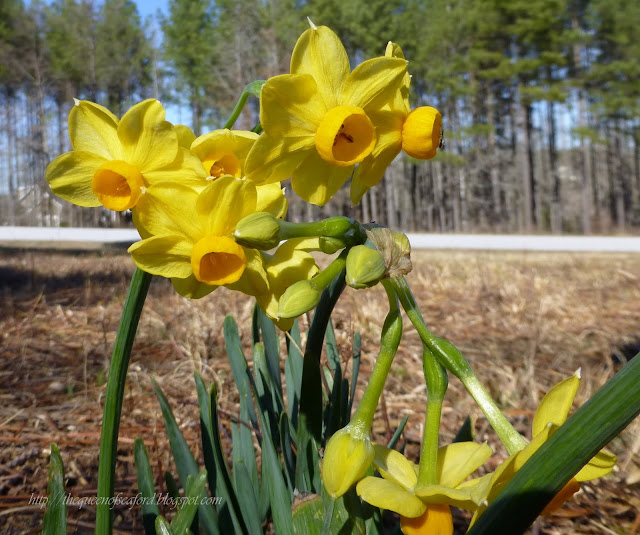 I planted them along the edge of the driveway, so you could see and enjoy them.   See how tiny they are? 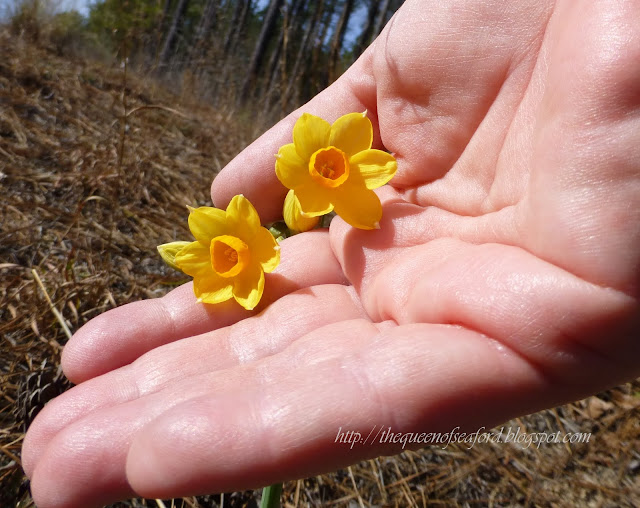 The Edgeworthia chrysantha is still going strong, and will for another month and a half at least. 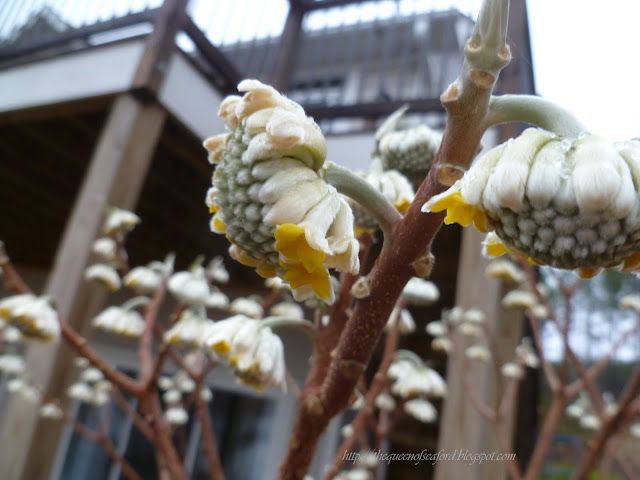 Also growing in the backyard is a lot of moss.  Moss is really an interesting plant and very pretty. 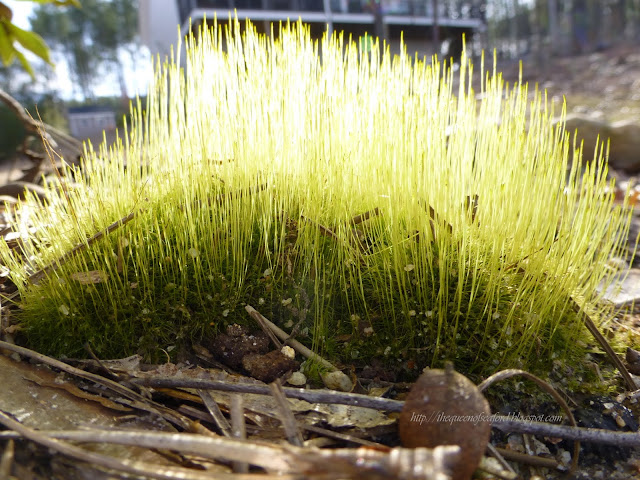 Next time you see some moss growing, give it a closer look.

Also continuing to bloom is the Hamamelis vernalis, Ozark Witch hazel.  What a great plant!! 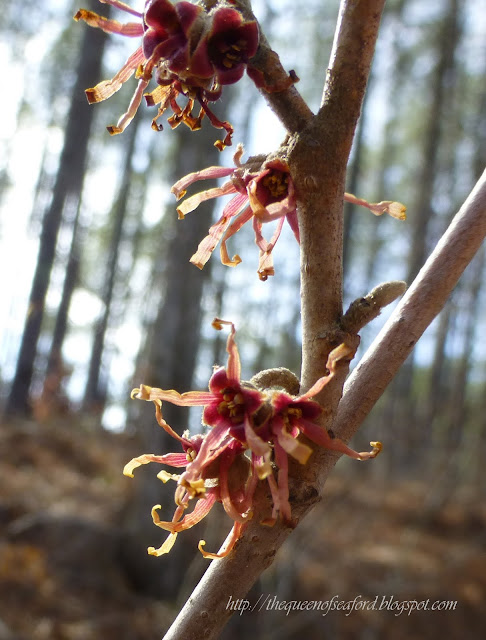 A new addition to my garden is a Candytuft, Iberis sempervirens 'Purity'.  I had other Candytufts, but just two and wanted to get a third.  The one I bought was blooming already!!  I wonder if it will continue to bloom all through the season? 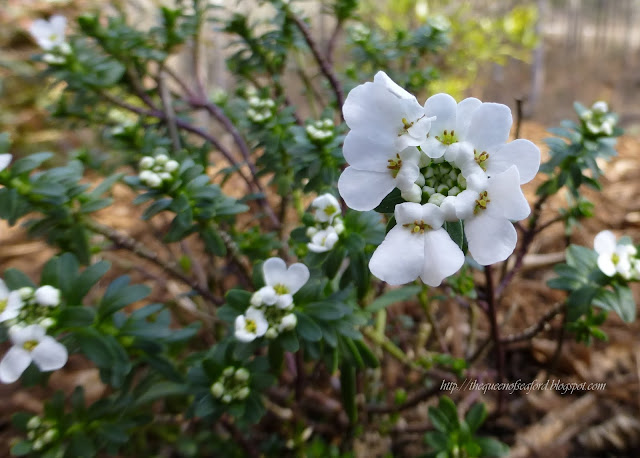 Now for your bird fix-- first a couple Goldfinches..one with more of its summer coloring than the other. 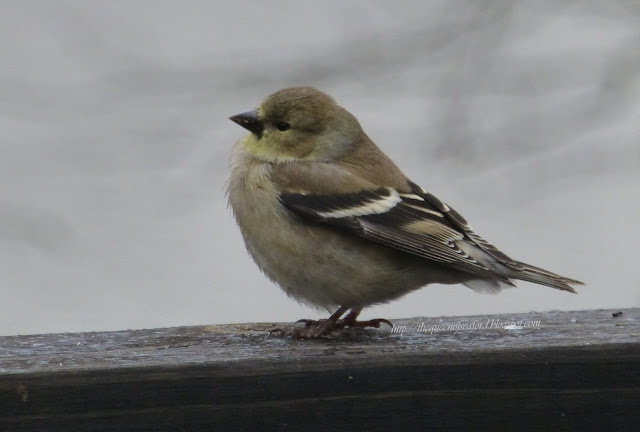 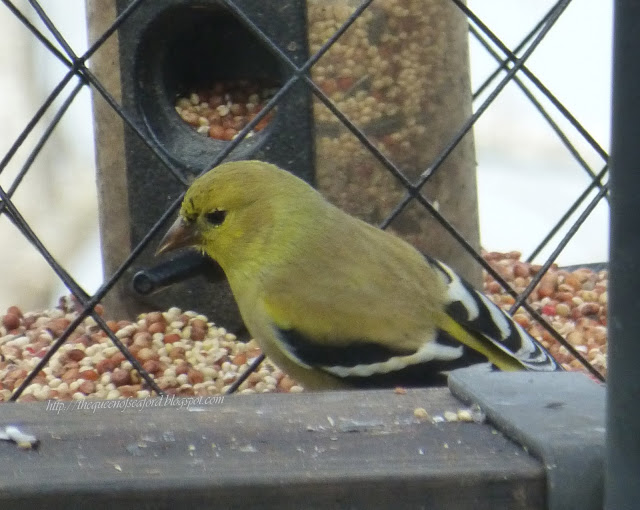 The first time I saw this next bird, I thought it was a mutant Robin.  It is about the same size, same colors, but very different.  Turned out to be an Eastern Towhee.  We rarely see them unless we are outside as they are ground feeders.  This one was scratching around in the leaves in the next lot until I walked along the side of the house.  This male Towhee flew up to a branch to keep an eye on me. 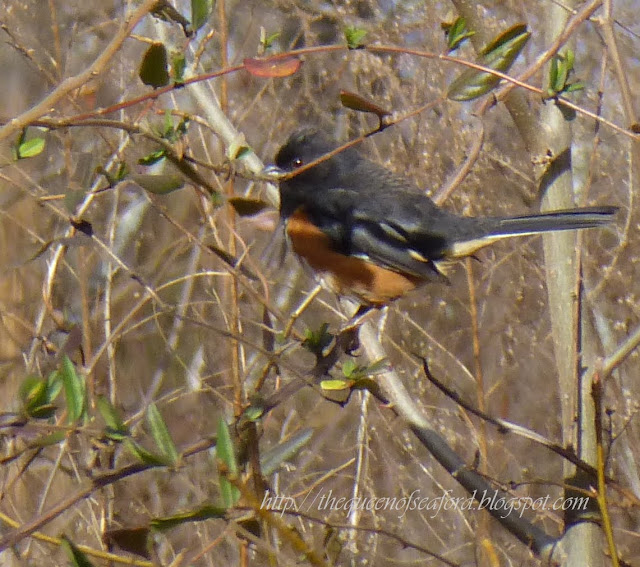 Don't forget the Great Backyard Bird Count on February 15- 18th weekend.    You keeping an eye on your birds?