A Window to My World 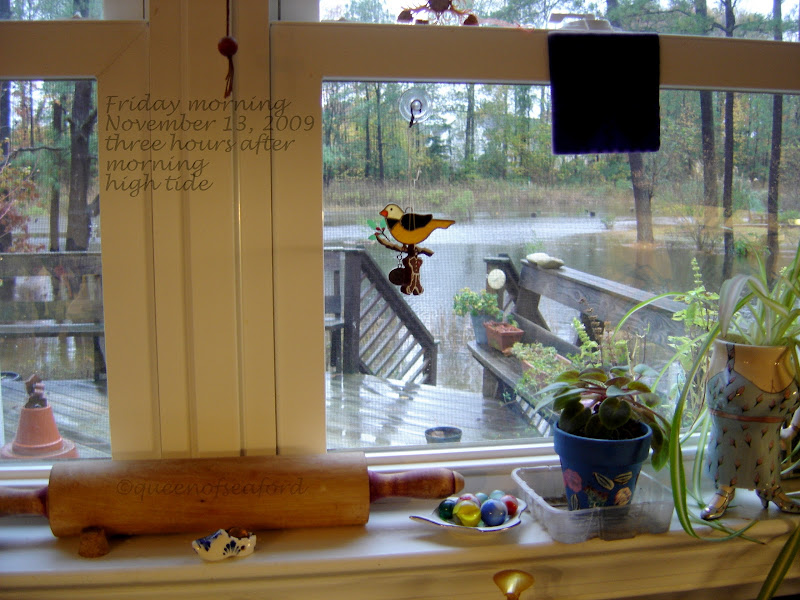 This is the window from which I most often look.  If you notice there is a lot of water.  We have been playing with what we are calling Nor'Ida.  Take one serious nor'easter and add a healthy dose of the remains of a late season hurricane.....include over 10 inches of rain over three days and six tidal cycles.  I was going to call this posting 'Where in the Hell is Pat Robertson?'  He claimed to pray away hurricanes.  Sorry, my sense of humor is shot.  High tides got progressively higher with each cycle as the high winds would not allow the waters to recede during low tide.   Les from A Tidewater Gardener mentioned flooding in his posting on Thursday. 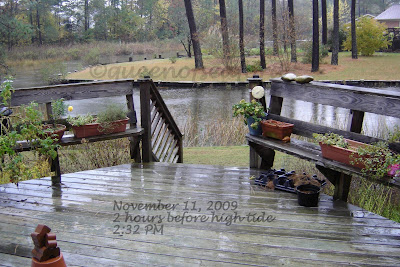 Wednesday we had rain and there was some talk of some coastal flooding.  Ok, we could deal with that.   This photo is a very high tide, not uncommon with a nor'easter....higher than usual, not enough to make me crazy.

We spent Wednesday putting things up, away from possible flood water.  Kitchen counters and tables were covered with items pulled from any low cabinet or shelf.  The garage items were moved as well. 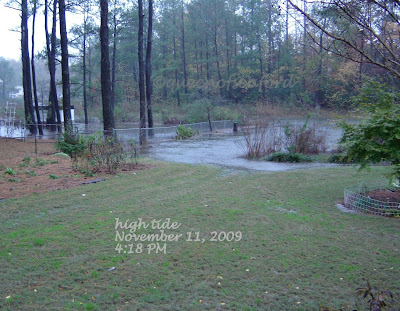 This is what happened two hours later at high tide.  Again, not what I wanted to see, but oh well.  Coastal flooding. 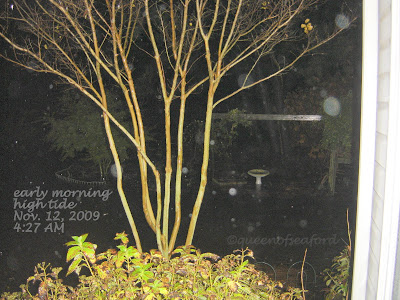 We got up very early on Thursday morning to find a lot of water in the yard.

Six hours later would be our low tide.  LOW tide it wasn't . 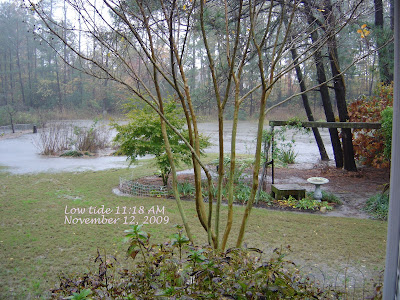 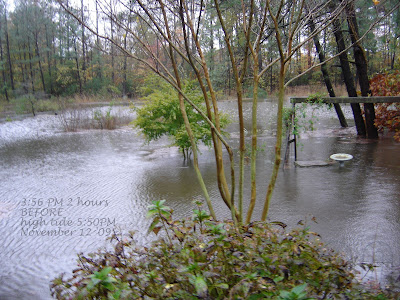 This was before high tide, I was looking out all my windows.  Just how high would it come?  We flooded with Hurricane Isabel, something I really did not want to experience again.   Before we go any further, I know there are those who experienced much worse with many other hurricanes.  Mine is not a severe case, it is my case.  Our house got repaired and with each passing hurricane season we worried, looked out the window and watched the water.  With retirement looming, we decided to build on a newly purchased lot, as those who read this blog know. 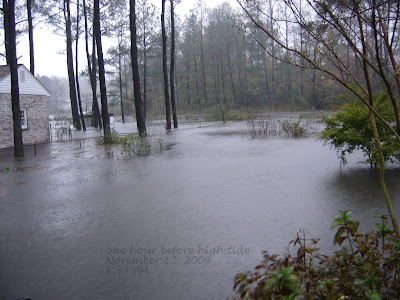 Thursday evening's water was to be worse that that morning's high tide.  We paced and paced.  You want to do something but there is nothing you can do to stop the water.

It came into the garage a bit, we had some minor losses.  My nerves on the other hand.....

The high  tide this morning was higher than yesterday morning, but lower than last night.  Hooray!  The offshore winds had diminished and the water was able to recede with low tide.


So all this being said, I haven't lost my marbles, but we do have a lot of cleanup to do.  Will try to get around to other blogs in a few days. 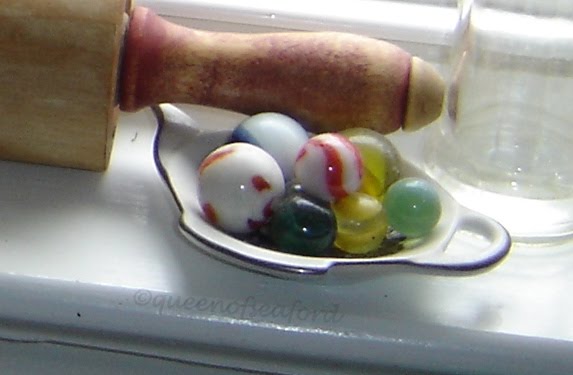 For now I am going to bed and get some rest, knowing that the worst is over.  And that is my 2 cents.

Email ThisBlogThis!Share to TwitterShare to FacebookShare to Pinterest
Labels: storms