Hard to believe that I have now posted 100 entries and that anyone has wanted to read any of it! In my last post I asked what you would do if you won the lottery. Well, years ago I always said if I won the lottery I would buy the mermaid table I saw in a shop down in Phoebus, Virginia. 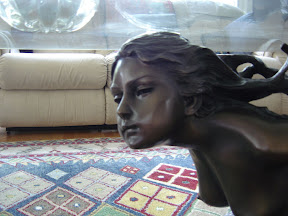 As many of you know, I did get my mermaid table, thanks to my wonderful husband! She was a Christmas/ birthday present. This past December we sent in the last tuition payment!! In celebration he bought me this great table. Some who have seen her, love her, others kind of raise their eyebrows. I love her.

(here she is without the glass top) 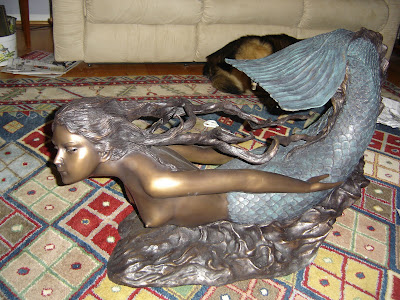 Lots of you asked about her name....hmmm?? I name children. I name pets. I know there are many people who name their cars, they name their plants, they name body parts (I am not going there!!!). I pondered naming her for a long time.
When we lived in Frankfurt Germany I heard about a siren "Lorelei" who beckoned sailors along the Rhine River.

According to German legend, there was once a beautiful young maiden, named Lorelei, who threw herself headlong into the river in despair over a faithless lover. Upon her death she was transformed into a siren and could from that time on be heard singing on a rock along the Rhine River, near St. Goar. Her hypnotic music lured sailors to their death. The legend is based on an echoing rock with that name near Saint Goarshausen, Germany

So after much consideration, if I were to name her....she would be named 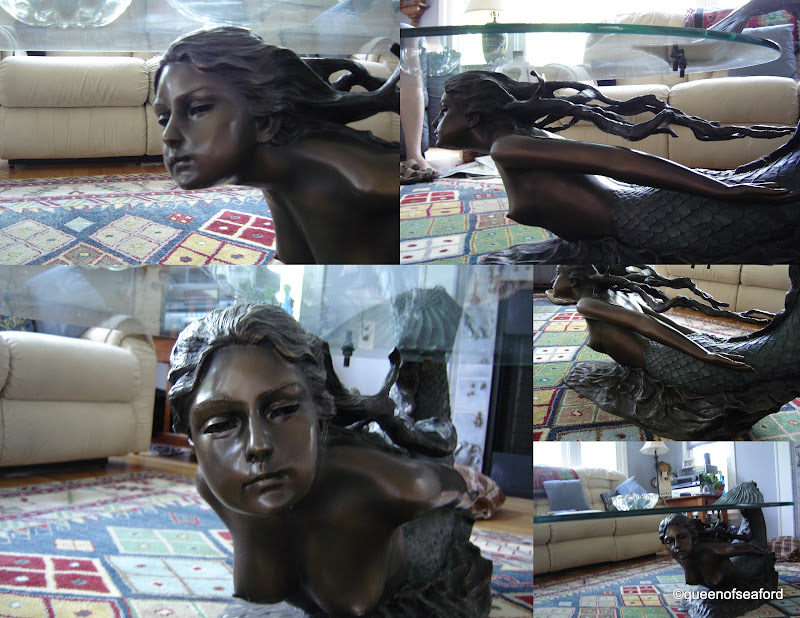 Email ThisBlogThis!Share to TwitterShare to FacebookShare to Pinterest
Labels: mermaid