My front garden wasn't what I wanted it to be last year.  I moved some of the Phlox subulata to the backyard where I had some erosion issues.  This allowed me to add some new plantings to the front garden. This spring I find I had a color theme going on.
I like having white in the garden as it really is a nice bright spot.  From the house forward the white plants are- Iberis sempervirens, Candytuft, Phlox subulata, a white variety, and finally a white Iceplant, Delosperma 'Jewel of Desert Moonstone'.   The phlox will fade into the summer as will the Iberis so other color will dominate the garden later in the season. 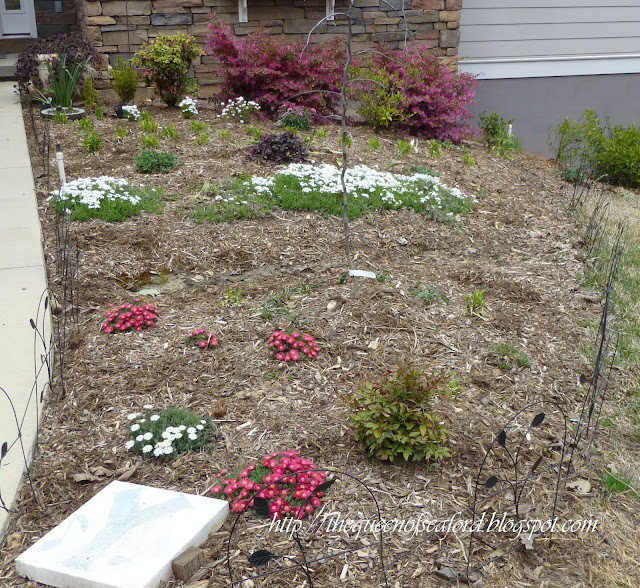 Here are the close-ups of the Delospermas and Dianthus--

Apparently I have an affection for pink blooms.  This time of year a pretty pink in the garden makes me smile!
Still working my way through blog posts, with Google Reader going away in July I have been trying out a few other readers.  Feedly from Google is ok, though not perfect and Bloglovin' also not a favorite.  I don't know which one I will use in the future, do you have a favorite?


©Copyright 2012 Janet. All rights reserved. Content created by Janet for The Queen of Seaford.