It Is Skunk Time

While there are a few REAL skunks around here, that is not the kind of skunk I am talking about.  If you want to see some real skunks, head over to Mountain Musings and see a trio that came visiting under the bird feeder.
Every October is the time for the Albino Skunk Music Festival.    We live about an hour and a half away from Greer, where the festival is located.   The first weekend in October there is a three day long music festival, or should I say F-E-S-T-I-VAAAAALLLLLLLLLLLL, a common call heard throughout the day.
This takes place in a neighborhood where there are large lots.  Best guess on the attendance on Thursday when we went was over 300 people there.  It is better attended on Friday and Saturday.  Many folks camp out on the grounds. (We do not camp)  We picked the day that had artists that we wanted to see, it was hard, there are a lot of artists we like playing this year.  Our ABSOLUTE favorite to see was Elizabeth Cook, so we went on Thursday.

Driving up to Greer isn't hard, and as you get close to the neighborhood there are signs-- looks like we aren't the only  ones headed up there. 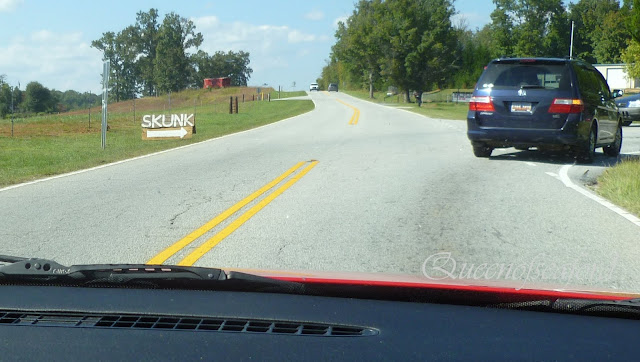 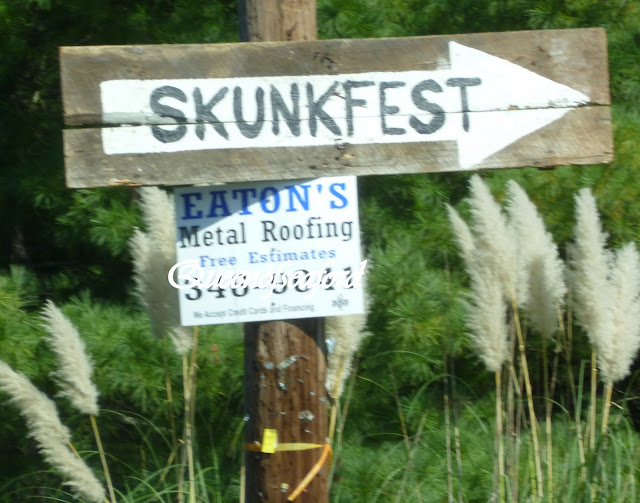 And finally, to get into the parking area, or the front yard--- 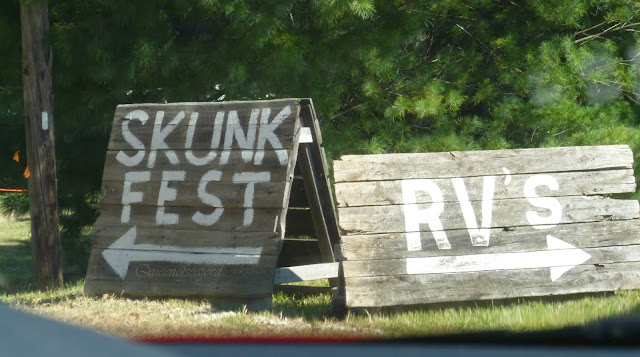 The first band, Ben Miller Band, from Joplin, MO, had car trouble, so the next group was getting ready to go on a little early.
The show started a little before 4:00 PM, and lasted well past 11:00 PM.

The first band we saw was 'The Congress'-

These guys play rock and roll.  They are based in Denver CO -- lots of energy and great fun.  They played a second time, at the end of the evening.  We headed out as they started their second set.... it was late and we had a long drive.

From Denver we travel over the ocean to Dublin, Ireland for the next band.  Would you believe Irish Bluegrass?  This band was super!!!  Welcome 'I Draw Slow' This was their first time in the States, hope they come back again!!

After the Irish came the kids from Brooklyn.  What a diverse collection of bands.  'Food Will Win The War' is an Indie band the festival organizer found on Youtube.  Quoting from their Facebook page, they play "accordion-infused, violin-tinged glockenspiel rock"

Elizabeth Cook came on next and had the crowd hoppin'! 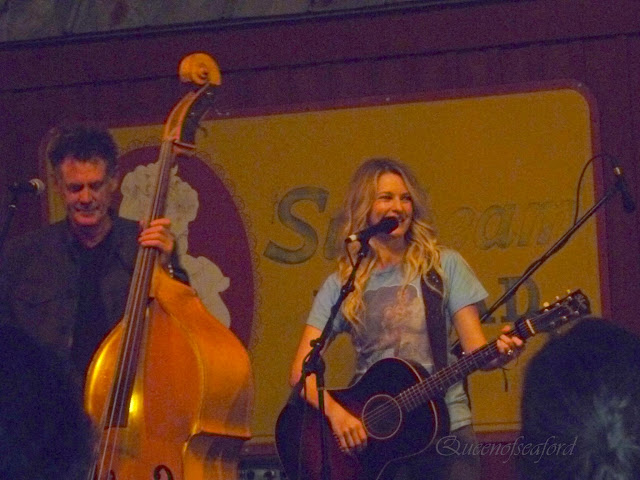 Final act for our evening was 'The Lee Boys' from Miami, FL. Sorry to say I didn't get a photo of the lead singer in front of  the group.  Their band is described as sacred steel,a form of Gospel music with a hard driving blues based beat, and boy did they get the crowd on their feet and dancing.  Just amazing.

So glad we went, plan on going again -- there IS a Spring Festivaaaaaal.  Anyone living close by should put it on your schedule!!!

Email ThisBlogThis!Share to TwitterShare to FacebookShare to Pinterest
Labels: festivals