This past spring there were some trees that had a long white flower on it.  From a distance, driving 55 mph, it could have been mistaken for a Sourwood except I knew that Sourwood did not grow this large and full crowned.  But what was it?  These trees were sighted along the highway in someone's yard, not really the place where you can stop and look closely.
Well, as I headed to my friend's house for art class, I saw one close to my friend's house.  Since my friend is a tree person too I asked her if she knew what it was.  We hopped in the car, drove up there, looked at the tree, gathered a small branch and research began. 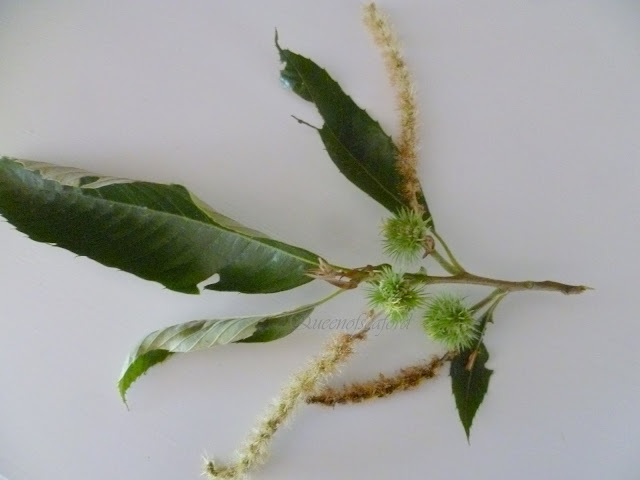 See the flowers?  These long panicles of small flowers look similar in form to Sourwood FROM A DISTANCE!! up close, not similar at all.   After a great deal of looking, we decided it was a Chinese Chestnut, Castanea mollissima.  Chestnut was in my mind once I saw the beginnings of the nut.  The long white flowers are the male flowers and the little sputnik looking one is the female.  The Chestnut is monoecious.   The flowers appear late spring/ early summer.  Apparently the male flowers are quite fragrant, though I didn't notice it.  Another website says the flowers are foul smelling....glad I didn't get any scent from them.
The leaves are alternately arranged, large simple, pinnately veined, toothed margins.  The leaves can help identify Chinese or American Chestnuts.  The American is more  deeply serrated and slender.  This website has a good side by side comparison, from VA Tech. 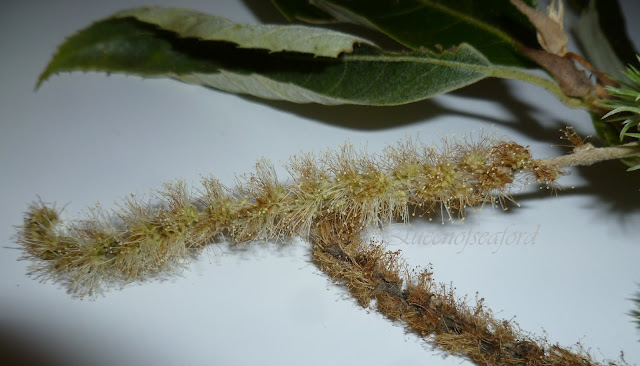 These are the immature seeds, maturing late fall.  The stems on a Chinese Chestnut are grey in color.  (another difference between the American and Chinese) 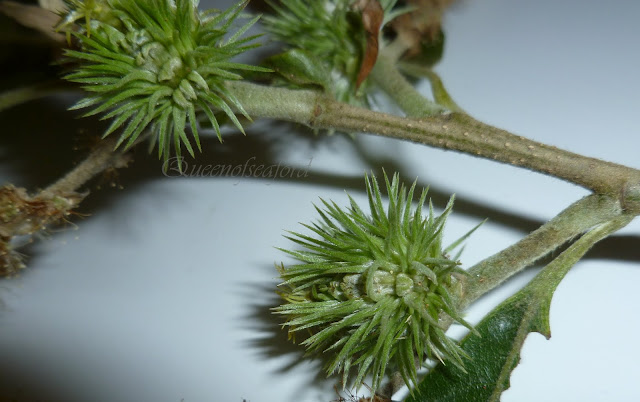 The size of the seed pods are another major difference, the Chinese Chestnuts are larger.   How did I get a picture of the pod?  Well, the first fall I lived here I went up to Asheville with another Master Gardener and we went to the Bountiful City Project, an Edible Forest Ecosystem.    The fruit is edible and also eaten by squirrels, deer, and other mammals. 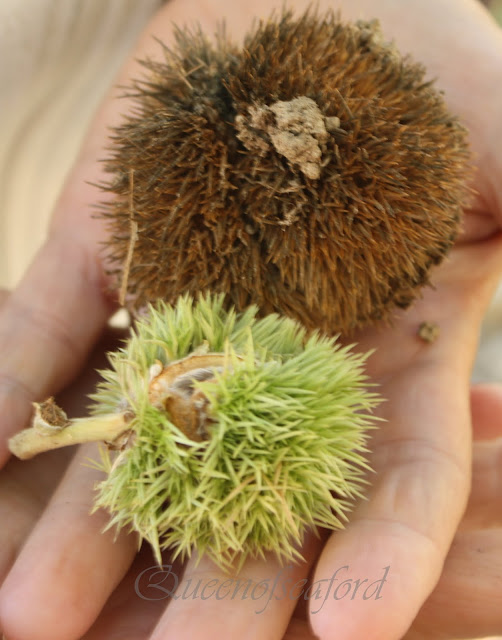 The Chinese Chestnut is smaller than the American, reaching a mature height of 40- 60 feet.  It is tolerant of many soil conditions except wetlands.   According to one of my sources, landscapers use this tree as a nice landscape tree where the dropping fruit pods will not bother people or pets walking near/under the tree. 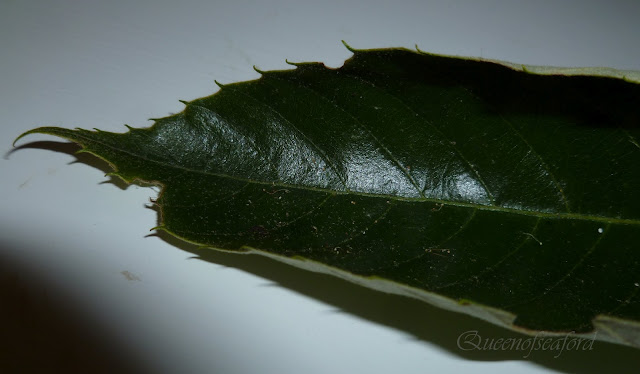 You can see the fall colors starting to show, its fall color is yellow to copper.  It is a great shade tree and has few pests.  It is not native (Chinese) and was a good substitute for the American Chestnut that was hit by the chestnut blight. 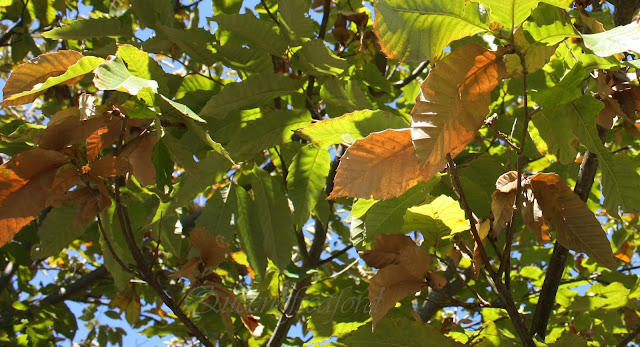 The bark is gray/brown to brown.  It has ridges in the bark with no clear pattern.   A mature tree has a rounded crown, forming a lovely tree.   It does not transplant well, it has a coarse root system. 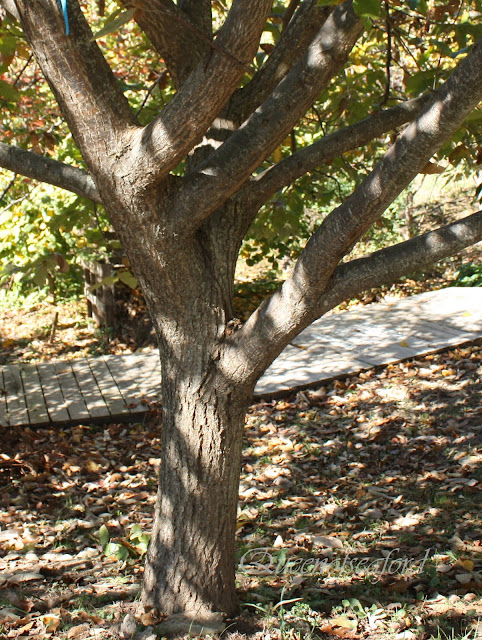 One more look at the size of the leaves...they are quite large.   My sources online are VA Tech, Ohio Public Library, and University of Florida. 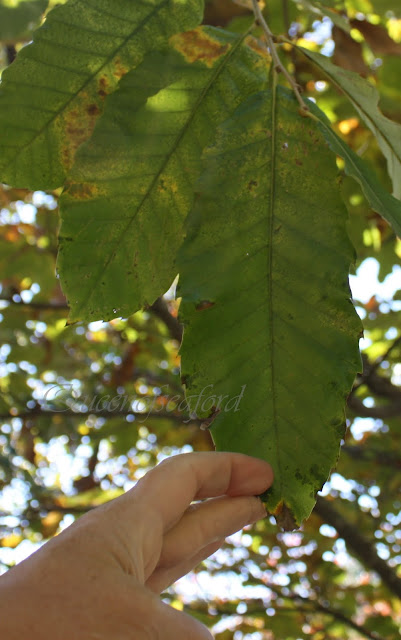