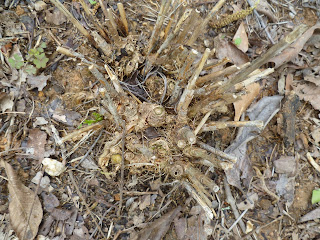 Spring is the time where we check on the life of all our emerging plant material.  Some make it, some don't do quite so well.  I was SURE this Amsonia hubrechtii was dead.  Have another one about ten feet away that is in bloom.   This was a plant for which  I ordered a replacement in my winnings from John's contest.  (more to follow on the goodies from that order)


True to the Monty Python scene, he wasn't dead! Or she wasn't dead...or IT wasn't dead.  I was planting some newly arrived plants on Thursday and on my hands and knees right next to this 'dead' Amsonia.   Look what I saw--- new growth, tiny but it was there!! 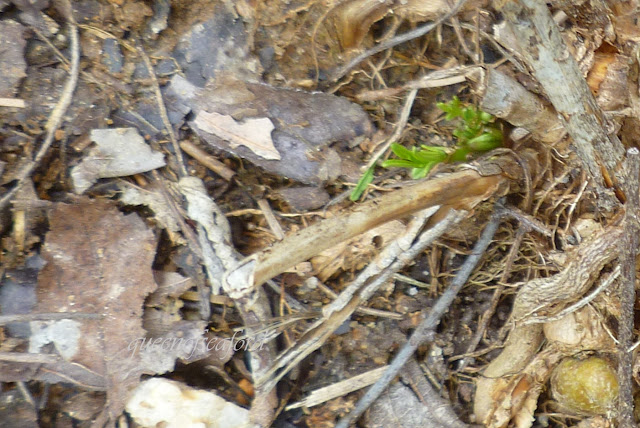 Luckily I have plenty of room for my new Amsonias.....so this one will stay put and it will fill in -- eventually.

I have been known to have a laissez faire  (and here) attitude with many of my plants.  Wait and see, not eager to pull, or cut, something out that isn't going gangbusters.   When you wait, sometimes you are rewarded with new growth.  The Gaillardia below was almost given up on.  I yanked on it a few times...but it did not yield.   I am pleased to say it is full of new growth. 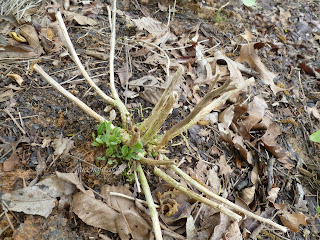 Here, you can see it better -- 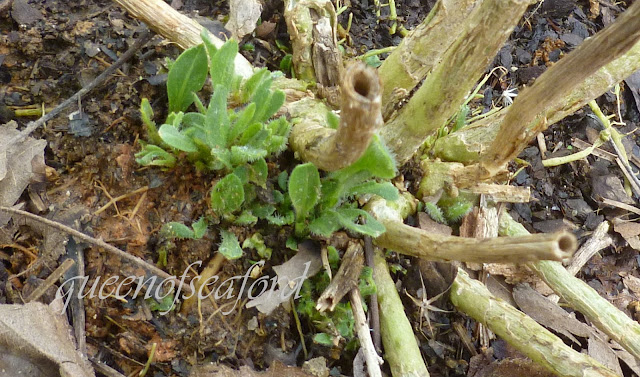 The one next to it has been blooming.  Funny how one is doing well and the next one is slow to emerge from dormancy.

Some plants have had a rough time because of underground critters (voles?) and some have had to struggle with their foliage being eaten by all sorts of caterpillars.   Poor Osmanthus fragrans, much of its new growth is gone, eaten to a nub. 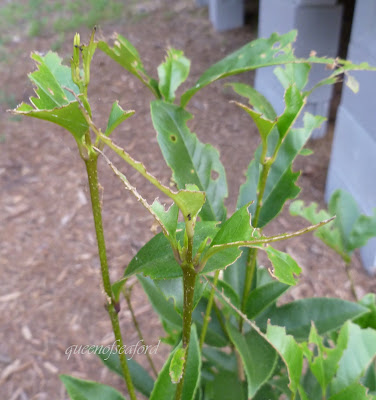 See this interesting leaf munchers/suckers I found in the garden this week......

Love the colors and design on this one...it was on my Fothergilla.  Almost looks like  little penguins.

Here is a full view.  I do not claim to know the names of all these crawling critters, just find them interesting. 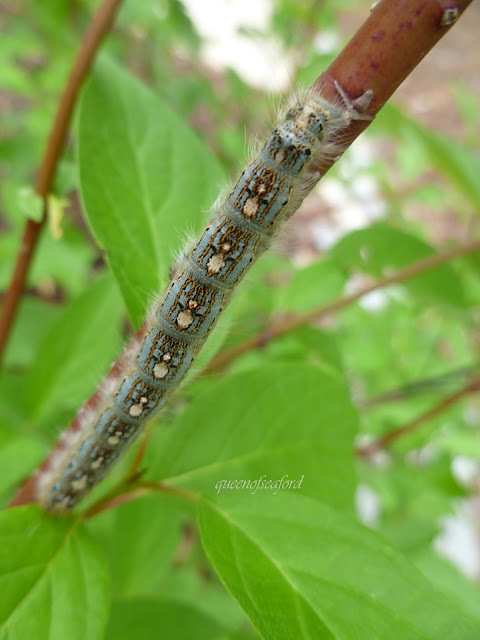 Another one, what a "hair-do"! 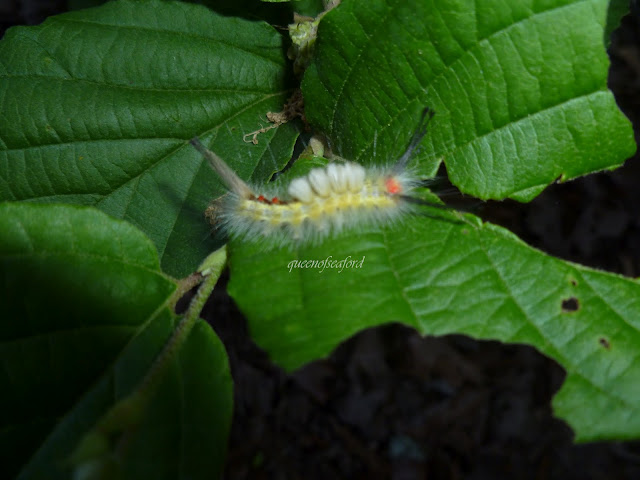 Some are colorful, some have all sorts of bristles and antenna, and some are really tiny. 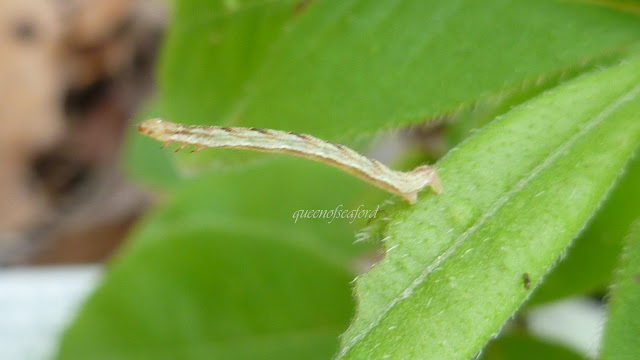 Some of the usual suspects were also finding good eating in my garden.  Aphids and slugs. 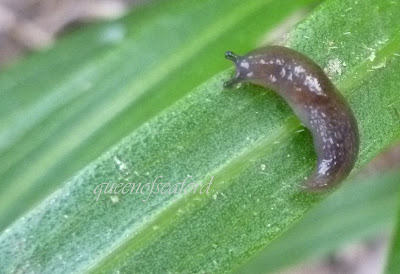 Finally, while looking at the new growth on the Pieris japonica 'Cavatine', a Daddy longlegs....tried to get him to go eat the aphids. 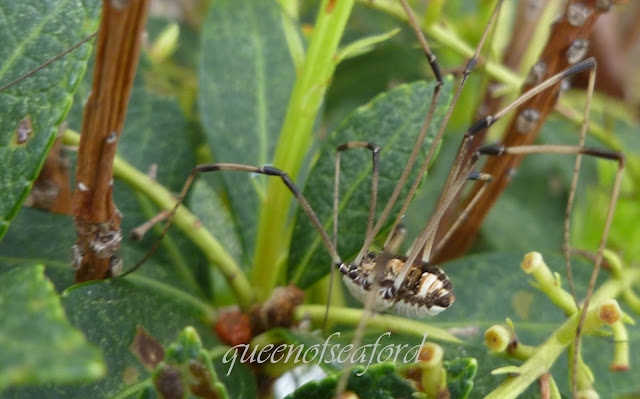 
©Copyright 2012 Janet. All rights reserved. Content created by Janet for The Queen of Seaford.