Up A River and Through the Woods

Ahhhhhh, springtime in the South.  As we drive around here, so many fields and meadows are full of Blue Cornflowers and Red Clover.  Picture perfect!

I am thinking of getting some Cornflower seeds and scattering them in our drainage field where I planted the river of Daffodils this winter.

The other day was a beautiful day in South Carolina and so we decided to take a boat ride upriver.  As I mentioned before, we live on a lake that is fed by two rivers, the Saluda and the Reedy.  We live on the Saluda branch.  Last summer we only ventured downriver, save for a couple short trips around the bend.  After chatting with the plumber, apparently you can travel quite a way up the Saluda.  And that we did.

In the shallows where the river takes the biggest bend there were tons of turtles sunning themselves on various logs or rocks.  Of course as we approached, they slip into the water.  I was able to get a few good shots. 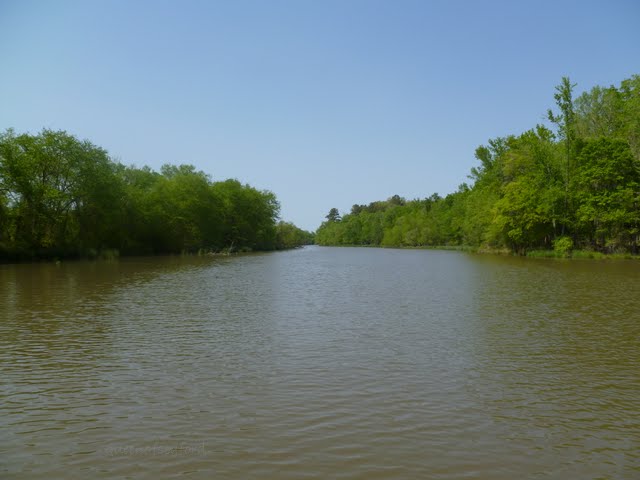 ﻿
We kind of felt like the African Queen, slowly exploring the wilderness.  We saw one boat early in the trip... after that ---no one.

Oh sure, there were a few more turtles..... it was a quiet ride, in deeper than we expected water.  We kept going upstream until we came across a tree that blocked the way.  Going DOWNSTREAM was like Huck Finn on a raft.....what a current!! 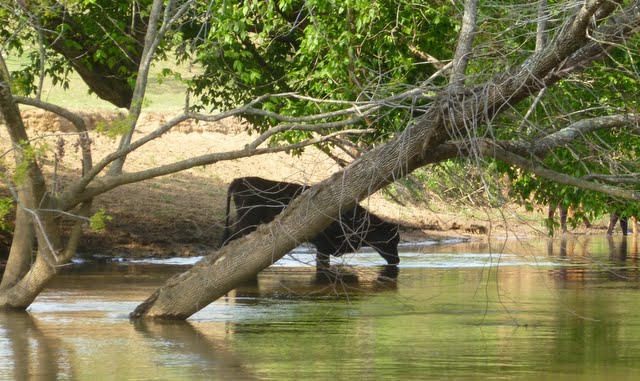 When we rounded a bend we had just past a little earlier, the cows were coming down to water. 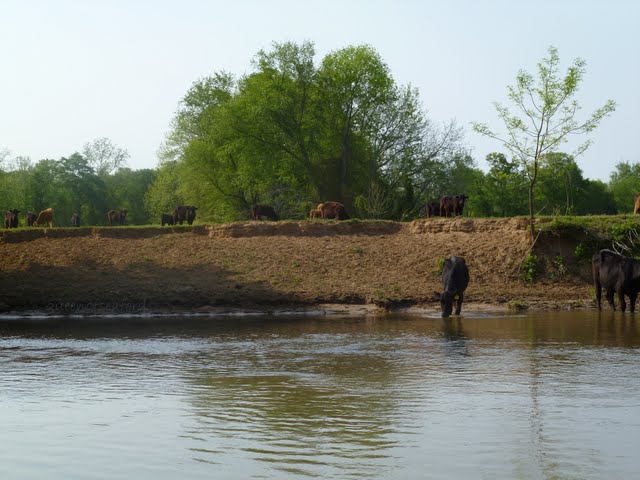 ﻿
The cows (and they are all cows to me) were lowing...getting the attention of our two passengers--- 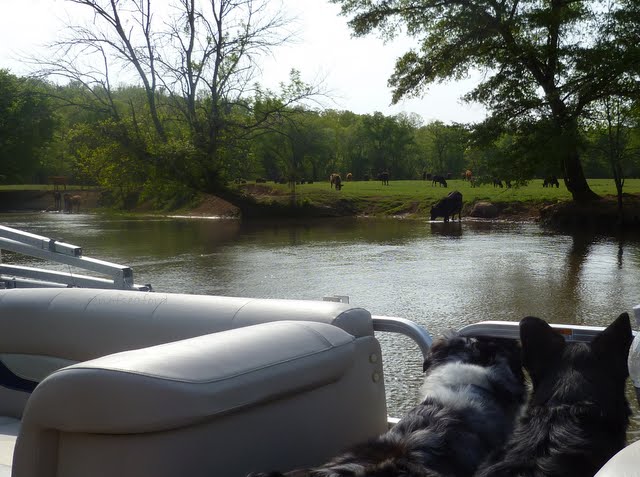 I thought one of them was going to go in~~
If we aren't out on the water, I am in the garden or in the woods, exploring.  I have found some of the best native plants in my wooded area.  While sadly looking for a place to bury a bird that hit our picture window, I found a Blue-eyed Grass, Sisyrinchium angustifolium , then another and another....right by my compost bins in the woods! 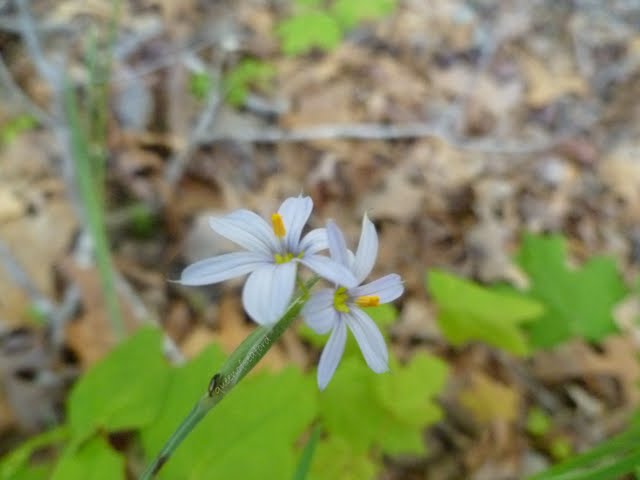 Also in my wooded area are some ferns.  I believe them to be Christmas ferns, Polystichum acrostichoides, though I thought the fronds were larger.... 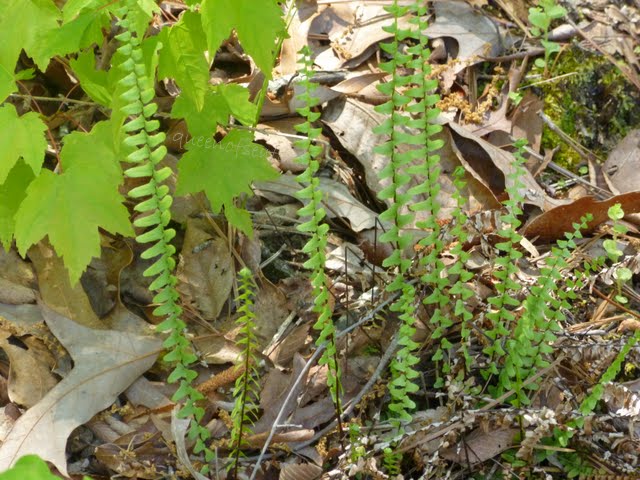 The little leaflets look like little boots, my way of making the ID of a Christmas fern. 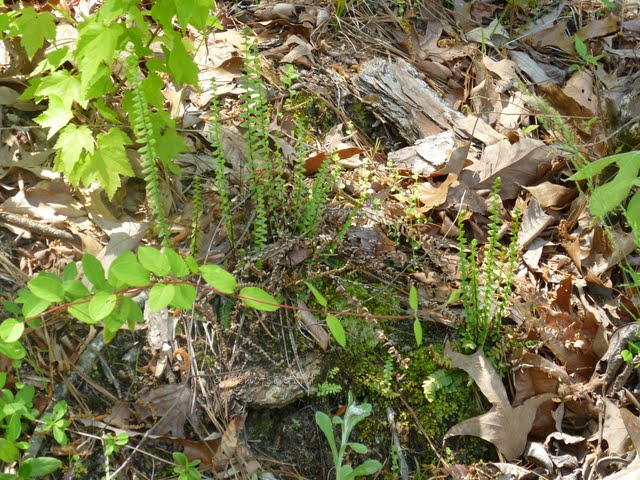 As I was looking at the ferns, trying to get a good picture I saw something else--- 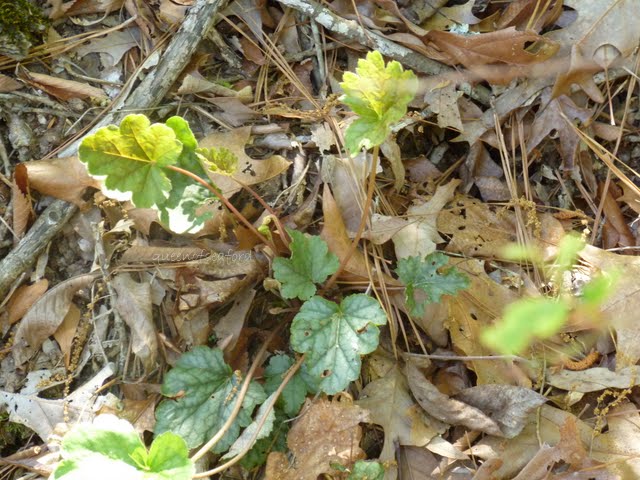 Yes, a native Heuchera!!  There were a number of them in this little gully.  I was not really prepared to get into the gully with my sandals..... right next to the Heuchera was---- 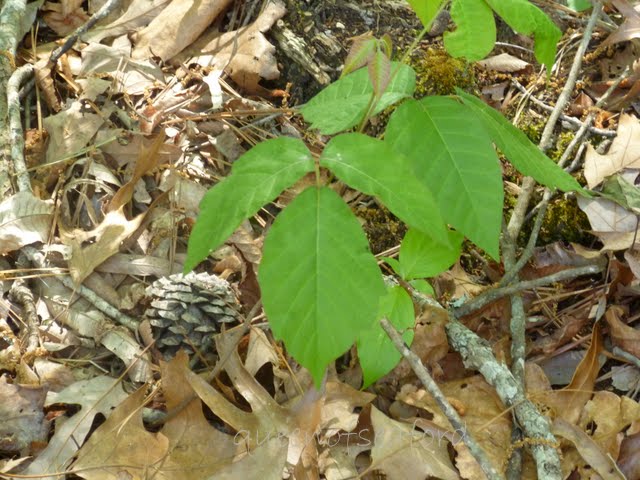 some of the biggest leafed poison ivy I have seen.
©Copyright 2011 Janet. All rights reserved. Content created by Janet for The Queen of Seaford.